God Is A Gamer

When I heard of Flames of Paradise written by Tanjua Shankar Khan, a story with a female protagonist set amidst the terrorism in Kashmir I jumped at the offer to review the book.

PLOT: The novel has in interesting plot which revolves around the story of Snigdha, a professional cinematographer, who gets a project which is based on the militancy of Kashmir. There she is captured by the terrorists who want to use her as leverage to get one of theirs freed.  The novel is about Roshan who is a militant and Snigdha feels a strange attraction towards him. When she escapes Snigdha finds herself in the company of Roshan, her ordeal and conflicting emotions as to the man is the centre of the story. ‘Flames of Paradise’ is the story of their romance set in the turbulent terrorist infested Kashmir.

CHARACTERS: Singdha, is a strong independent woman who knows exactly what she wants. Dimple and Nitin, are her friends who will support her every decision.  Roshan is the mysterious man that Singdha is attracted to. All the characters are strong and have potential to be memorable, but they haven’t been explored to their depths. I wish I could spend more time with the characters and gotten to know them better.

WHAT I LIKED: The story is a nice with tremendous potential. Though a love story set in Kashmir is not a novel Idea, but the approach toward the story is. The story is a winner. The cover with its picturesque photos is another plus point.

WHAT I DID NOT LIKE: The entire book seems rushed. The given more time for the plot to develop and the characters to interact would have taken the book to another level entirely. Also the end is abrupt.

RATING: Having read the author for the first time, I had great expectation from the book, considering the topic covered and the characters used. What I find is a tad bit disappointing. I will give the book 2.5 out of 5 stars. I do look forward to reading more work from Tanuja Shankar Khan, because this book shows a lot of promise.

The book has been given to me for review by Morsels and Juices. No payment was taken, and my opinions are honest and unbiased. 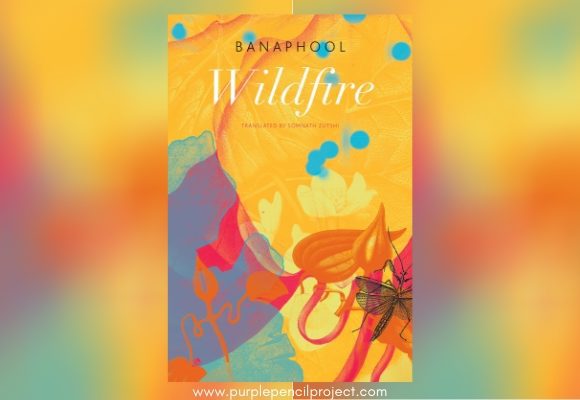