On reading history: City of My..

The Automobile Club of Egypt b.. 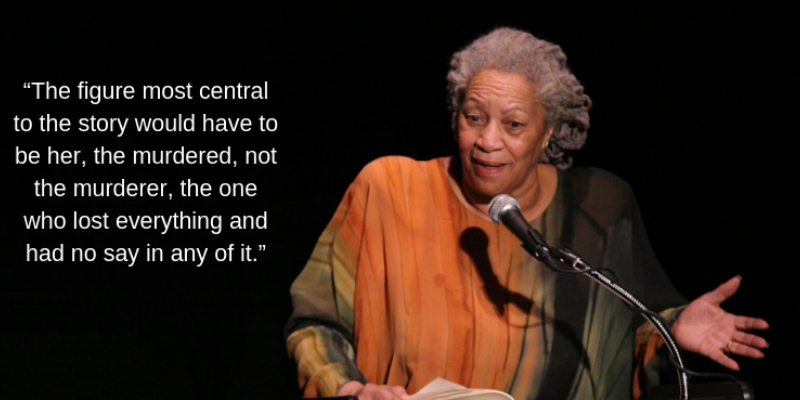 Reading Beloved is like swinging really fast, really high. It is thrilling but is sometimes out of your control, sometimes reaching so high that you fear slipping away for a few seconds, and eventually, in the end, you’re back in control, and smoothly ending your ride.

It starts powerfully from the dedication. “To sixty million and more”, the number of Africans who died as a result of the slave trade. I took a few moments staring at the number.

Then begins the story, filled with many stories of slavery and freedom, ghosts and humans, staying and running away and how souls struggled between each of these states.

Mother and daughter live here, cut-off from the outside, with only the memory of a dead grandmother (Baby Suggs), two brothers (Howard and Buglar), the ghost or presence of the spirit of a dead sister (Beloved) and a possibly-alive father (Halle) keeping them company.

Sethe, a former slave, works as a cook while her teen daughter Denver stays at home most of the time, with the ghost of her dead daughter for company, along with the memory of the two brothers the ghost drove away, the grandmother who died on her (and she was still pissed about that) and the father, who she only knows through her mother’s stories as the man who bought freedom for his mother.

Then one day, a man from Sethe’s earlier life as slave on ‘Sweet Home’ returns. Paul D brings with him the ray of hope of starting a new life, and for Denver, the threat of taking her mother away. Only…the ghost scares him. In a fit of rage, he screams her away. Little does anyone know that she will return, in flesh and blood, as a 19-year old human, who will threaten to take away all life.

The story of Beloved is inspired by an actual event. In 1856, Margaret Garner, who was trying to escape enslavement with her four children when she was caught. Instead of risking going back, she killed her children before authorities stopped her and captured her again. It is not possible to imagine the life of a slave but reading the Garner incident had shaken me. To kill your own children so they don’t have to return?

A moment of madness, we would call it. And it is on this moment of madness that the entire tone of Beloved rests. As Morrison puts it in her foreword: “The figure most central to the story would have to be her, the murdered, not the murderer, the one who lost everything and had no say in any of it.”

Its narrative switches between today and important moments from yesterdays; when did evil first befall 124, once the hub of colouredpeople of the area? How did Sethe, over eight months pregnant, manage to escape. How did Paul D find 124? Did Halle ever make his way out of Sweet Home? Why did the neighbourhood stop talking to the residents of 124?

The stories are all there, interwoven with the fear and plight that being a colouredperson in the 19th century must have felt like. The ghosts of Sethe’s past, in this case, literally a daughter she killed, haunt her, threaten to eat her alive. But this is not abstract grief. It is a tangible, it is the girl who turns up on her doorstep who stays with her, who fights for her attention, who eats her food, steals Sethe away from Denver and the rest of the world, and incapacitates the household, till Denver decides she has to go ask for help.

And help comes willing. In the form of neighbours, in the form of Paul D. And together they bring in a tomorrow that is free, from the whites, from the dark of the shadow and most of all, free from the grief of their own lives.

To Sethe, the future was a matter of keeping the past at bay. The ‘better life’ she believed she and Denver were living was simply not that other one.

In the process, it asks many questions. What is freedom? Is it just keeping your worst life at bay? Is it living your own life without letting anyone in? What does the past do to you? How much can it damage you?

And what about guilt? Can guilt turn against you, unplug your life source?

When Beloved demands time from Sethe, she gives it. When she demands for fancy ribbons and lots of sweets, too, she concedes. But can she ever will herself to stop?

I don’t care what she is. Grown don’t mean nothing to a mother. A child is a child. They get bigger, older, but grown? What’s that supposed to mean? In my heart, it don’t mean a thing

And what happens to the people alive, when the dead come to reclaim what could have been theirs?

I am reviewing this book   and I don’t know I find myself in a trance   the trance of meeting these strong, broken people   people who have bent their backs all their lives and now as they try to stand up they find that their spirit is not so easy    a man your husband could not take the pain but you bore it you swam with it you reached the shore you had twenty-eight days of life  and then it was the ghosts again

I am looking at history straight in the eye and I am flinching   flinching from collective shame and collective pain sometimes unable to go on  sometimes close to tears and who is to say we were the worst and who’s to say that the war has ended  and when the next battle comes what side will I be on and what fate awaits me?

To read Beloved is to taste history and its emotions. They are in the form of songs which are ‘flat-head nails for pounding’:

Lay my head on the railroad line,

Train come along, pacify my mind,

If I had my weight in lime,

I’d whip my captain till he went stone blind.

Work songs transported to a domestic setting. Something is amiss. Like in life, thus in note and lyrics.

It is the story of Baby Suggs, holy, who decided that, because slave life had busted her legs, back, head, eyes, hands, kidneys, womb and tongue”, she had nothing left to make a living with but her heart-which she put to work at once.

Baby Suggs, who only thought of the different colours towards the end of her life, because thinking about anything else was too painful.

It is the story of Paul D who wants to build a life with Sethe, and has drifted for 18 years to find this moment. And who, sitting cold in the church, wonders about time and its passage.

When he was drifting, thinking only about the next meal and the night’s sleep, when everything was packed tight in his chest, he had no sense of failure, of things not working out. Anything that worked at all worked out. Now he wondered what-all went wrong, and starting with the Plan, everything had.

It is the story of the Sweet Home men, who hatched a Plan that did not work out.

It is the story of Denver, who was never a slave, who was born free but is still tied by her mother’s refusal to step out and open herself to the world again.

It is the story of the racist white people who thought they were better than others. They were not.

It is the story of a dead daughter who had done nothing to earn death at the hands of her mother.

It is the story of the human spirit that just refuses to die down even when everything around it has.

“Tell me something Stamp.” Paul D’s eyes were rheumy. “Tell me this one thing. How much is a nigger supposed to take? Tell me. How much?”

It is the story of the middle, going towards the end. The end is the reverse of the beginning. It glows cautiously in the fading light of the sunset, not rapturously in the blaze of noon.

And most of all. It is a story to pass on.

It’s better here but I’m not.

Recommended Age Group: 16 and above, for students of psychology, literature, history and African studies, and of course, anyone interested in the history of slavery.

Final Verdict: ?????– Buy a hardback and show it off in your bookshelf! And then wait for a signed anniversary edition and buy that too.

Watch the trailer of the film adaptation. 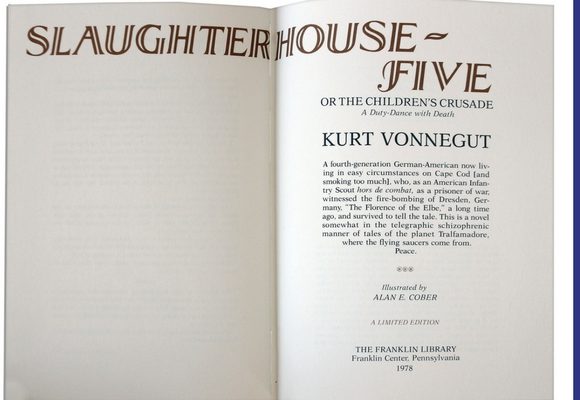 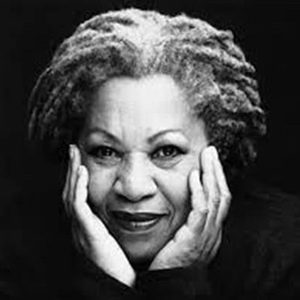 Considered among the greatest American writers of all time, Toni Morrison is a Pulitzer and Nobel-Prize winning author, editor, essayist and professor. Beloved was followed by two other books, Jazz and Paradise, which form a trilogy of sorts, of "love and African-American history". She also writes plays and children's books.