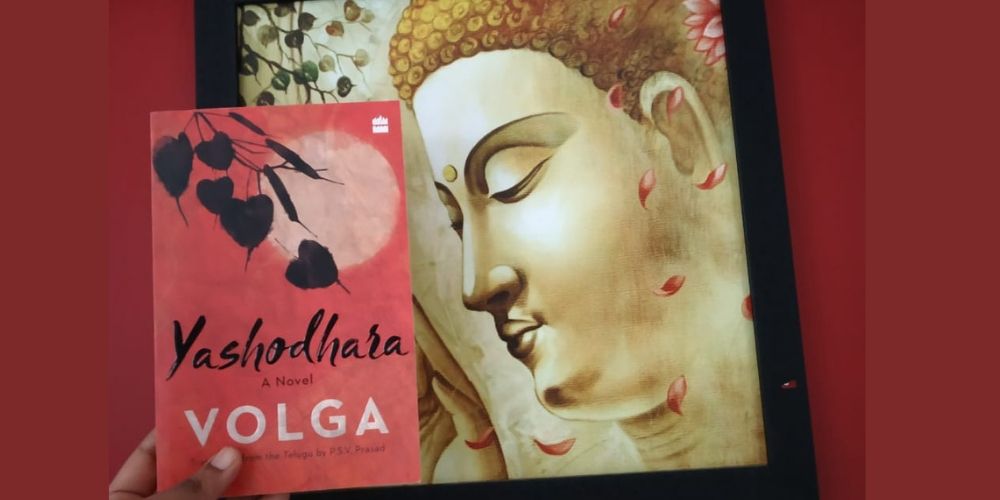 I first learnt of Yashodhara when I was in standard seventh. We were studying a play in the Hindi class, titled “Siddhartha ka Grih Tyaag” (Siddharth Leaving his House).

It was there that Buddha’s wife got a name and became more than the wife he had left. She became an individual, with her own identity.

Reading Volga’s Yashodhara was a continuation of this exercise. It brings the character of Yashodhara to life, making her a woman of flesh, blood and intellect, and one not identified by the acts and the image of her husband.

Yashodhara is a slim book. It is also a book which is easy to read. But reading it will take time. It is because the book leaves a mark on you. Continuing with her theme of bringing sidelines mythological characters to life,Volga does a wonderful job in creating Yashodhara as the personality that drives this book.

Yashodhara is many things at the same time. She is strong, sensitive, cultured, intelligent and well-mannered. She is an intellectual and a rebel and comes across as the most mature character in the book. And this no mean feat when the other main character is the larger than life shadow of the Buddha himself.

Yashodhara makes her own decisions, guided by her own way of thinking. When she comes across Siddhartha for the first time, she realises that he is the one suitable for her marriage and pursues him, making the first move in their relationship, asking Siddhartha who he is and who his parents are, and whether he is someone whom she wants to marry.

Two sides of the same coin

This is not just the story of Yashodhara. It is also the story of Siddhartha. It is the story of the making of the Buddha. And Volga’s novel makes it very clear that has there been no Yashodhora, there would have been no Buddha either.

It is Yashodhara who is the catalyst in Siddhartha’s journey. She plays an important role as she directs him, nudges him, guides him and propels him in the right direction. Throughout the story, it is Yashodhara who emerges as the more mature, more practical of the two. She is the one who shows Siddhartha there can be and that there are truths other than those propounded by the learned men of their time.

She has greater faith in Siddhartha than he in himself has and encourages him to take a stand against war which he himself is hesitant to. So great is the hand of Volga’s Yashodhara in the making of the Buddha that she can be described as the silent, the hidden partner in his journey for self-realisation.

The need of this silence is, of course, dictated by the social pressures of that time which do not and cannot see women as intellectuals and are incapable of understanding and accepting Yashodhara as she is. The intelligent woman that she is, Yashodhara realises this and says to herself:

“As long as women shut the windows of their minds and confine themselves to domestic work, they are well honoured. But the moment they open the windows they are taken to be mad and are forced into silence.”

She comes to this realisation when her own parents are ready to label her mad and want to get rid of her because she doesn’t agree with their ideas of religion and religious ceremonies. The only way out of this predicament she can see is through a man – Siddhartha. And yet, she also knows that perhaps Siddhartha too doesn’t completely, yet, believe that women are capable of independent thought. But it is this desire to make the path of intellectual advancement open to women that fuels her quest to turn Siddhartha into Buddha because she knows that she herself cannot become so:

“I must set ablaze his passion for knowledge . . . I can’t become a pathfinder even though I have the desire to become one. So, I must make the path of the pathfinder more comfortable for him to tread upon. This shall be my aim and my life’s noblest ambition.”

Reading this novel is a wonderful experience. Volga’s Yashodhara is nuanced, not the victim of a husband who leaves her, but one who partners with him in his quest, vicariously fulfilling her own intellectual journey.

The novel has been translated by P S V Prasad. The language is easy and flows smoothly. I only wish that the part after Siddharth has left was more detailed and Yasho-Buddha’s journey to parinirvana had been given more space.

A special appreciation to the cover art as well, by Studio Em+En . Like an impressionist painting, sun-set seen through the silhouette of the leaves in an orange sky and the title of the book embossed in black font makes it a delight to look at as well as read.

Final Verdict: 4/5 ruffles. You can buy the book here.

Suggested Readings: Other works by Volga, especially The Liberation of Sita.
The various feminist retellings of different texts like The Palace of Illusions (Mahabharata from Draupadi’s perspective) by Chitra Banerjee Divakaruni.

“Do not ask me why I wish to give this command. If you can understand it, it’s all right. Otherwise, don’t think too seriously to know why I commanded you to do so.You are going to sever all your bonds and leave the house on the fifth day after this. When you have left, Yashodhara should be wiped off completely from your memory. You should never mention my name, my thoughts and my consent for your going away. It should be all confined to us.” 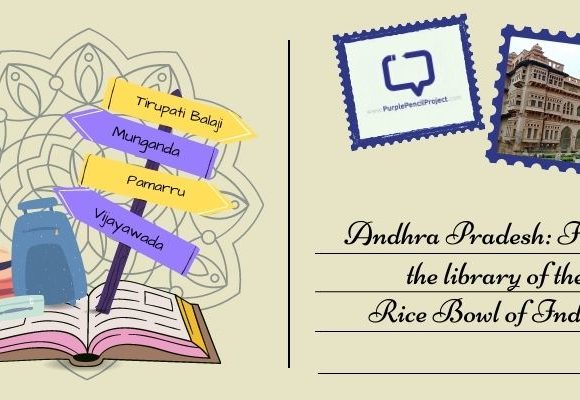 Andhra Pradesh: From the library of Rice Bowl of India