A writer ought to be a psychologist and a philosop... 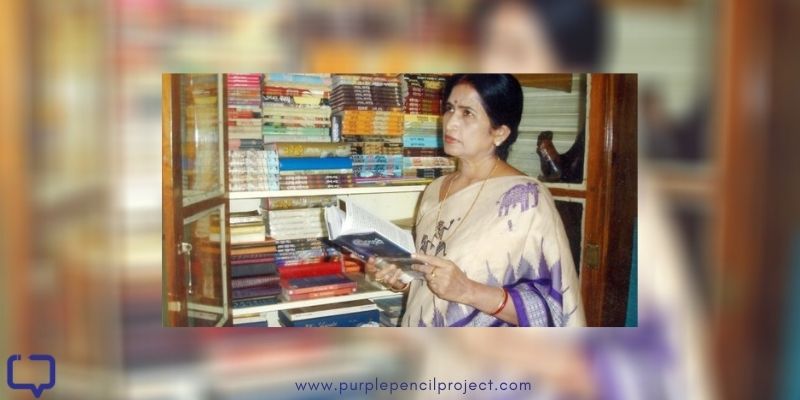 A professor by profession and a writer by choice, author Pratibha Ray undoubtedly is a household name in Odisha and in most parts of India through her translated works. She is one of the leading fiction writers in India today. She gets candid with Purple Pencil Project in this exclusive interview on life, writing, acceptance as a writer, and more.

Can you tell us a little bit about your journey as a writer? What was the path from educational psychology to creative writing ?

Pratibha Ray: It has been a long journey from my childhood till date. My starting point was a poem, “The Morning” which came out in a children corner of a famous newspaper when I was studying in Class-VI at the age of eleven.

The second turning point in my literary career is from changing over from poetry to short story in my college days in Ravenshaw University, the oldest and most prestigious institute, one of the best college in those days in India.

I was participating in literary competition in my college from my 1st year science class. My story appeared in the most prestigious literary magazine “Jhankar” edited by Dr. Harekrishna Mahatab when I was in 1st year. My stories were appreciated by the readers and inspired me to become a fiction writer. I wrote a small novel when I was doing my B.Sc. final and it was published by an established literary association, Odisha in 1965.

My third turning point is the story of suppression, anguish, silent revolt and then breaking the orthodox practice imposed on me after my marriage. But the revolt did not disturb my family life as I was doing all my duties as a wife, mother etc. But I became silent without writing a word for seven years after my marriage. I got married to a civil engineer Akshaya Chandra Ray and became mother of three children within three years of my marriage. I was a science graduate then. Then my father peacefully interfered and my husband’s elder brother helped me to come out of the threshold of their house to take up a job.

Along with working a teacher at a Government school, and taking care of my home, I pursued my M.A in Education, and started my college career. Looking back, I think that it was really a arduous journey. But in those days I did not feel like I was overworking, and did not really complain to anyone.

After remaining silent for seven years I wrote my first novel “Varsha, Vasanta, Baisakha” (Rain, Spring and Summer – three stages of life) (1974). The novel was instantly accepted by the readers, anc continues to do so. There was no looking back after that.

The second part of the question is how I changed my path from educational psychology to creative writing. I must say it is rather otherwise. I was a science student till graduation and in my post-graduation, psychology was my special paper. I taught psychology and philosophy in college. Ofcourse changing from Science to Psychology helped me a lot. But before that I was writing short fictions in my college days deeply diving into the human psyche.

Can you introduce Odia literature to our readers? What kind of writing usually dominate Odia literature, which past or contemporary writers to look out for, and a few book recommendations for the uninitiated wanting to get acquainted with Odia stories.

Pratibha Ray: Odia has a rich literary heritage and was declared as classical language in 2014 by Govt. of India. Odisha has produced great writers like Sarala Das and Bhima Bhoi in the 15th Century, Jagannath Das, Balaram Das etc., 16th century. The father of modern Odia fiction was Fakir Mohan Senapati.

Read about Bhima Bhoi in Marathi.

Jnanpith awardee Gopinath Mohanty was the first award winning novelist in India by Sahitya Akademi. Dr. Kuntala Kumar Sabat who is compared with Mahadevi Verma, Sarala Devi, Bidyut Prabha Devi etc. were the women writers who raised their voice for women’s right against exploitation of women in the orthodox Odia society. They were all freedom fighters.

Translation of Odia literature to the other languages, especially into English is a neglected section in Odisha because of lack of professionalism and very few good translators.

You were honoured with Jnanpith award, Sahitya Akademi Awards, Padma Shri and were the first woman to receive the Moortidevi Award back in 1991. How did it influence your writing career?

No writer writes for getting awards. When I started my writing career I had no idea that honours and cash awards are given for writing. I wrote because it gave me divine pleasure. For me, writing is a “tapasya”.

My passion for writing and to voice the voiceless has been my greatest inspiration throughout. Awards definitely adds to it, but passionate writers don’t write with an eye on awards.

Moorti Devi award was announced in 1991 and conferred to me in 1993 when I was not even fifty. Till date I am the only woman writer to receive this coveted award. After receiving the award, it was widely covered by all the national news papers in English and other languages. The national TV covered my interview that same night at 09.30 PM. I was definitely happy whereas my Jnanpith award (2011) conferred on me in 2013 was not as widely covered like Moorti Devi award.

Having said that, awards also make you more responsible and serious about what you write.

What was it being a women writer in the eary days of your career? After you won the Moortidevi award, did you see any breakthrough for female writers, in Odia Literature?

Pratibha Ray: My husband did not want me to go to the publisher and wait for months and years to be published. Therefore, we self-published my first novel Varsha, Vasanta, Baisakha, which was immediately accepted by the readers and they asked bookstores for more works by me. I am fortunate that I am widely read by Odia readers and also by readers in other language after translation. My translated books in Hindi, English, Malayalam, Bengali and Assamese have gone for many editions.

After Moorti Devi award, the novel “Jajnaseni” was widely read and this novel in Odia completed 100th edition (1000 copies per edition) in 2018. Now, its 102nd edition is in market. This novel in English completed its 19th editions by Rupa & Co. Simultaneously my other novels have several editions.

You were a school teacher for 30 years and now are a member of the Public Service Commission of Odisha. You also have three children. How do you manage time and write so many books at the same time?

Pratibha Ray: It was not easy; and one has just keep going. I worked extensively as a teacher and educator at government schools, and worked on increasing the standard of education at the school which had been neglected and overlooked by the officers concerned. I brought a lot of reforms during that period for which I had to struggle a lot and face tremendous difficulties on campus, from the senior administrators.

Much before my retirement, I was nominated as a Member of Public Service Commission, Odisha. I served as a member for six years, a complete tenure. There I protested against the then Chairman’s corruption and illegal practices in selecting candidates. It is a long story which ended up with a defamation case against me by the Chairman, which I had to fight spending money from my own pocket. The court case lingered for seven years and ultimately I won the case. Thank God!

Through this, I worked tirelessly like a machine the whole day and was writing in my personal time i.e. till late night after my children go to bed. I still write at night when nobody disturbs me except my characters. I forget my fatigue when I entered into a different world of my fiction. It is just like addiction for writing.

How do your social reformist ambitions reflect in your literature? What relationship do the two hold in your life, as a writer and as a person?

Pratibha Ray: I have been a rebel and fighter against all odds and orthodox practice and injustice to anybody even to the animals from my childhood. I think all writers are reformists. Compassion and fearlessness makes you rebel and you voice the voiceless. As French writer Albert Camus said:

“All writers are always in culpable rivalry with even Gods. What I believe I write, what I write, I practice in my life.”

Do you think Odia titles are being translated enough? Do you think translation is helping Odia literature and writers?

Pratibha Ray: Absolutely not. Representative Odia classics have not been translated enough. It is indeed disappointing. Translation enriches the target language always. Of course, a writer writes for all. I believe education and literature should be for all. Literature is beyond gender, geography and religion. Hence, translation of regional literatures into Indian language and international languages and vice-versa is an emergent need to know each other’s culture and tradition. Literature develops national integration and international understanding.

You have represented India at various international events and conferences on gender issues, educational and literary topics/agendas. What did you learn ahout where Indian literature as a whole stands on the world forum? What is the one thing that is still not being done to promote it enough?

You have written novels, short stories and travelogues. Which do you enjoy writing the most? How do you switch between the novel and short story writing format?

Pratibha Ray: I do derive utmost pleasure for writing a novel. But, all ideas and experiences cannot be written as novel. Short story speaks a lot in a small space, for which the technique and expression definitely demands intensive care.

Writers have their own style and techniques. Short story is a drop of water in which an ocean can be seen whereas a novel is an ocean where all the drops of water should be distinctly seen.

All the events, all the characters, all places and culture should be crystal clear in a novel.  When I write a novel, I don’t write anything else. A novel demands a long time to be completed. In between an idea for a short story disturbs the mind of the writer and demands to be expressed. What I do?

I stop writing novel while writing a short story. I love to write travelogues too. The purpose is to express my experiences to readers those who are not able to travel a lot. Normally, my travelogues are serialized in news papers’ weekly literary pages. So I write those pages weekly for newspaper which has not been a hindrance for writing a novel. My travelogues are highly appreciated by the readers and when finished, I publish it in book format. I have 10 travelogues on different countries. 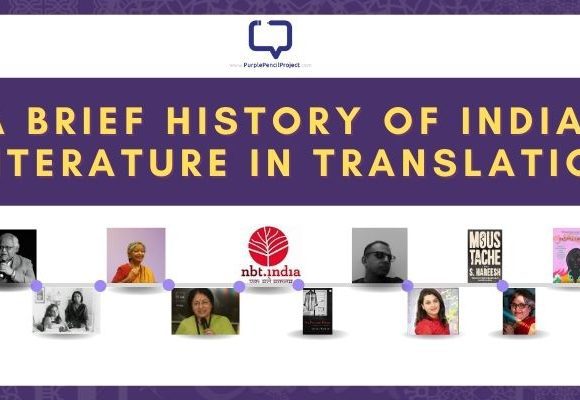 Translations: The Talk of Publishing Town 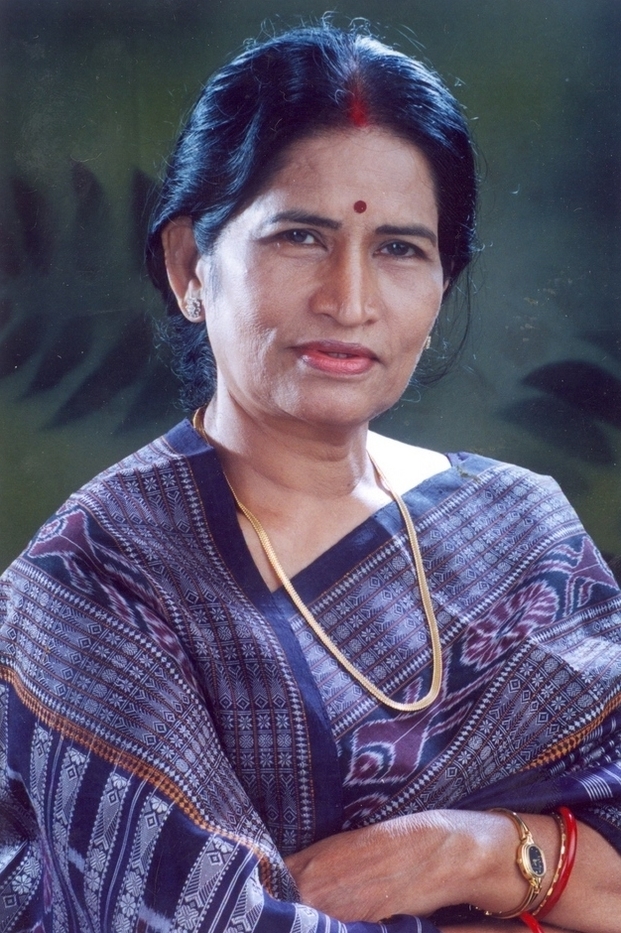