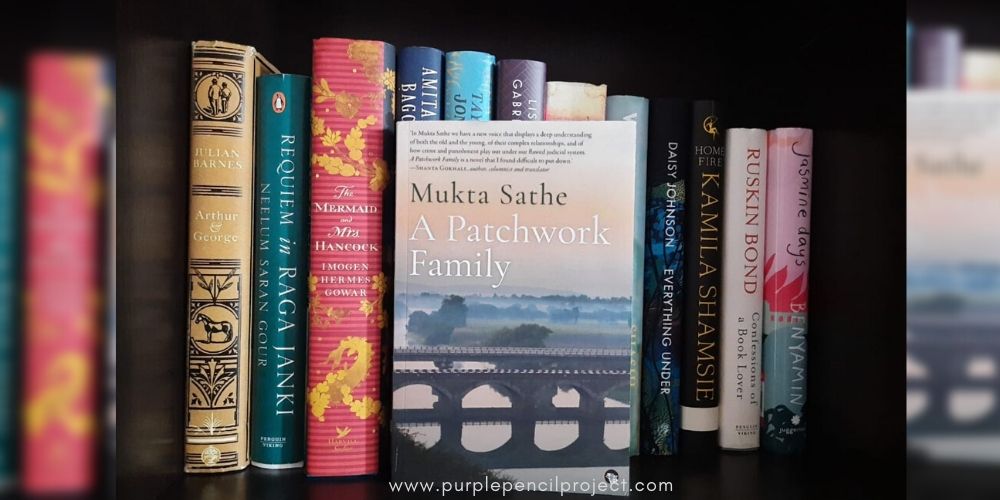 A Patchwork Family would have definitely gone past my radar had it not been long listed for the JCB Prize for literature. A short yet hard-hitting debut novel by a lawyer, this deserves a far wider reach.

It’s a study in character as well as psychology, society as well as ideology on a personal and societal level, A Patchwork Family can be read on many planes of interpretation. The book is narrated from the dual perspectives of Ajoba and Janaki.

We meet Pune-residing  Ajoba, who lives in Pune and was best friends with Janaki’s grandfather, as he waits for Janaki to reach Pune. She has asked him to move in with her to Mumbai and he has agreed. He feels that theirs will be a patchwork family, as they have both lost a sense of direction in their life’s journey. While Ajoba’s wife is dead and his children are settled in the U.S., the story of Janaki’s loss of her family is much more complex and makes for the rest of the book.

Early on in the story, we are taken on a journey with Janaki; we meet her grandfather, her parents, her brother Rahul, while we also witness her personal growth from a shy girl to a strong, yet conflicted woman, her trauma as she bears witness to sexual assault, and the impact of crime on her, and her entire family.

The murder becomes the hinge on which the subplots unravel, and events unfold in quick succession, pushing and pulling people apart, breaking relationships and more.

A Patchwork Family is an unflinching portrayal of the uncomfortable truths of the society, of the judicial and social system we are a part of, and Janaki’s character is real, and relatable, for how much she puts up with, and how she fights back.

The central event also becomes the focal point through which we see the various characters. There is Janaki, of course, who is deeply affected by it. But there are also her parents, who are like most middle class parents. They are, for good reasons, more worried about their daughter’s safety than justice to Sandhya.

But the reader doesn’t get the impression that they are callous or selfish. In fact, one can sympathise with their way of thinking. Then there is Janaki’s brother, whose life takes a different route than he had planned before the event.  He doesn’t give most of his engineering entrance exams, continues to study in Pune and tragically ends up becoming a murderer himself. Then there is Ajoba, the man who gives us most of the story.

He remains steadfast and loyal in his support to Janaki even after her family has left her side. But, all the other characters apart from Janaki (and Rahul to some extent) feel flat. They are mostly cast in supporting roles and Ajoba, the narrator, remains just that – a man telling someone else’s story, which he is a part of.

Janaki’s is the story central to A Patchwork Family. We see her in various roles –  as a daughter, a friend, a lawyer, a young woman and a sister. As a law student, she must face the patriarchy around her which has gendered roles for women. As a witness to a crime, she must face the reality of the judicial system, and be traumatised by its painstakingly slow pace. As a young woman, she has to fight the constant pressure from her on all sides to conform to the unwrit rules. And as a sister and a friend, she has perhaps to live with a sense of guilt and unanswered questions throughout life.

The latter part of A Patchwork Family also becomes a psychological insight into Janaki’s character. As she analyses herself on the basis of the various decisions she has taken – most of which lead to a personal feud –  we stand beside her. The reader feels for Janaki and cannot judge her harshly in the wake of the events in the book. Then, there is also the ideological question of justice.

What is justice? Who can deliver justice? Is it justice when her brother Rahul is imprisoned for a crime while the perpetrators of the rape of Sandhya are still under trial after years? Or is it justified for a son to take matters in his own hands when the police won’t do a thing – due to lack of evidence – to a man who is responsible for his mother’s death? Questions like these are raised in the book time and again.

These questions are linked to more pressing and urgent problems of patriarchal mindset of the society. As a girl who escapes from the site of her friend’s rape to save herself and who is hesitant to ask help from some young men playing cards outside a shop for fear of her own safety, Janaki’s narration brings into focus the fissures and cracks in the social structure. As a daughter, she has to rebel time and again to go against her parents’ wishes of not testifying in court; has to put up with the constant stalking by one of the juvenile rapists and ultimately she is held responsible for her brother’s imprisonment as the juvenile rapist’s killer after she testifies against him in court. The novel raises uncomfortable questions regarding the situation of woman – irrespective of class or social status in society. This is brought out most pointedly in the court-room scenes, as the defence lawyer tries to assassinate the character of Sandhya and Janaki felt eerily similar to the ones we have also seen in some court-room film dramas.

The book does not make for comfortable, cozy reading. It is hard-hitting.But the beginning feels very slow. The first five to six chapters feel repetitive as they keep giving us different incidents and events from Janaki and Rahul’s life to show their growth. I was even tempted to skim through the chapters at certain points. This felt monotonous and I felt that the author could have achieved the same with less, though perhaps that should have been where the editor stepped in. The prose is sparse and the chapters are short. It was a fitting judgement on the writer’s part to keep this novel a short one

Overall, A Patchwork Family will stay with you.

“It is great to be able to feel pain. It’s a wonderful feeling. Because as long as you feel pain you are under the misconception that your life has value. But now that I don’t feel pain, I long for that feeling. My life has no meaning but i can’t die. Because my death has no meaning either.” 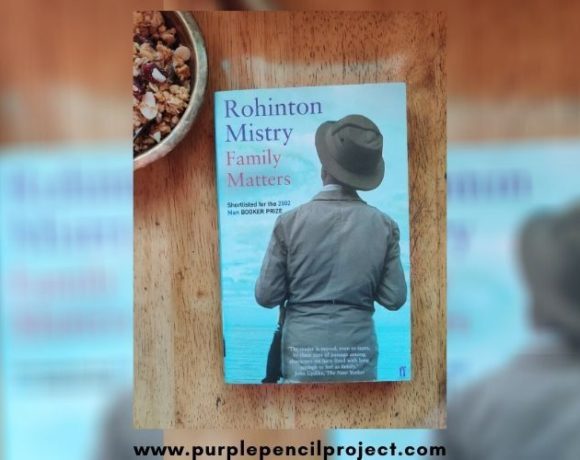