On the art of storytelling: Da..

Your writing is always within you, like a naughty ...

Under the stars: A storytellin..

Your writing is always within you, like a naughty monkey: PJJ Antony 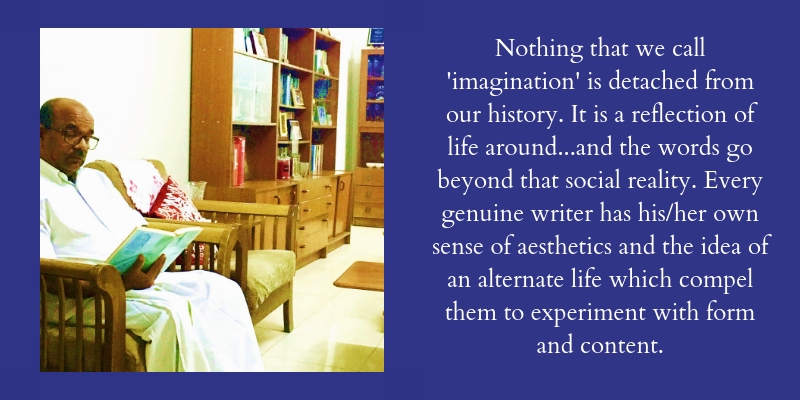 I was first introduced to author PJJ Antony when I was working as the executive editor at Leadstart Publications, editing his translated collection of short stories, Come, Let Us Sin. We kept in touch after that, and his was often the first like on every onWriting post, even when we were not regularly active. Such is the warmth he reflects, even though I have only met him over email and Whatsapp.

As a writer and critic of Malayalam and English, he was uniquely placed to answer mine, as well as queries that readers may have on regional language literature, but also on aspects like starting to write at an older age while holding a full-time corporate job and waiting for the big break. Edited excerpts:

You went from being a literary critic to being an author.. How does that transition work? While you are writing, is your mind simultaneously critiquing your own work?

I took to reading at a young age, moving from classics in Malayalam literature to contemporary fiction. This kind of transition gave me a broad perspective on how literature as a medium has developed through history, and content and form have been evolving through the power of imagination.

Nothing that we call ‘imagination’ is detached from our history. It is a reflection of life around…and the words go beyond that social reality. Every genuine writer has his/her own sense of aesthetics and the idea of an alternate life which compel them to experiment with form and content. Knowingly or unknowingly, imagination plays a vital role in creating literature. This was the core of my literary criticism. I found works like Arundhati Roy’s God of Small Things or Aravind Adiga’s White Tiger more meaningful and fascinating than those of their contemporaries.

It is interesting to note here that Malayalam literature, especially fiction, was born with modernity. Human beings rather than celestial beings attracted our writers.

Initially, Marxist-inspired social realism occupied an inappropriately larger space in Malayalam writing. It lead to a kind of stagnation.

Writers like Anand and Paul Zacharia then tried break away from it and were followed by others. I thought that I could contribute to take the story further ahead. So, I turned to short fiction.

You started writing in Malayalam…I know from my earlier interaction with you that you tried to experiment with form and structure. For our readers who may not have read Malayalam literature, could you give a little background on what is the classic Malayalam novel, what are the more famous genres of fiction in that language? And how do your stories attempt to break that mould?

Short story is the most vibrant literary form in Malayalam. Though the post-Marxist hangover can be traced even among the contemporary writers, social realism is almost dead. Imagination has regained its primacy over reality. TD Ramakrishan’s novels Alpha, Francis Itty Cora and Sugandhi Alias Andal Devanayaki blurred the lines between the popular and the high brow and heralded the supremacy of imagination over experience. Many contemporary story writers rejected everyday realities of life and boldly experimented with themes, forms and structures. I try to do the same.

Why did you decide to translate ‘Come, Let Us Sin’? Do you think there is a good readership for Malayalam literature, or did you translate it to reach a wider audience?

I did my studies outside Kerala and am employed outside India. I have never missed an opportunity to travel around the globe. My colleagues were often non – Indians. This allowed my imagination to play free. Often  I framed my stories beyond the borders of India, and tried to have pan-Indian content and with an appeal that goes beyond borders. Initially, a couple of stories appeared in English journals and were well received. This encouraged me to bring out an anthology in English.

What are the ‘regional flavours’ you try to carry in your fiction…could you give some examples?

VS Naipaul, in his celebrated novel A House For Mr. Biswas, says that every person who lives away from his paternal home carries it with him all the time. I left my home at a very young age and could never free from the unpleasantness of it. At the same time one opens oneself to all sorts of foreignness around him. Being a local and living internationally; condemned to live in two different worlds. A kind of bipolar existence. This allows you a very objective approach to your homeland, noticing all the paradoxes. Maybe this is my regional flavor.

How do you write with a day job? What are some tips for writers who have one?

I think writing comes naturally to me. You feel it and you write it. Home or office doesn’t make any difference. Of course, the office has its own restrictions and limitations.

Never leave your writing. It is always within you like a moody philosopher or a naughty monkey. You have to live with it.

In spite of this, I have not written much. I think full-time writing is a near-impossible luxury for Asian writers.

You have also translated from English to Malayalam. How has that experience been?

I have translated works of Morris West, Karen Armstrong, S.Irfan Habeeb to Malayalam. Translating Karen Armstrong was indeed a challenge. She made use of theological and philosophical terms from Latin, Greek and Sanskrit quite often.  Couldn’t find any equivalents for many such words and phrases in Malayalam. When it comes to classical erudition, languages differ in temperament, diluting the focus on meanings and turning the translator’s job near-impossible. Language and subject experts came to my rescue.  When you translate a book you touch and appreciate every word of it; even the comas, semi columns, full stops. It is the most serious, in-depth reading of a text.

What are your upcoming projects? Are you working on any new book?
I plan to resign from my current job as a senior human resource administrator to concentrate in writing. I’ve started writing a novel, with a few chapters completed. Its backdrop is Dubai and it’s about the unseen lives of the characters from around the globe. Work on one more anthology of stories ‘The Absolute and other stories’ is also progressing.

PJJ Antony is the author of Come, Let Us Sin (translated by Joe Mathew and Neeba Anna Vasanth), a collection of short stories, published by Leadstart Publishing, which include stories such as Flight to Delhi, Corpse Man and His Home Nurse and Who Indeed was Bhairavan Asan, all short stories with a regional flavour and themes like brotherhood and mysticism. He currently lives in Saudi Arabia. 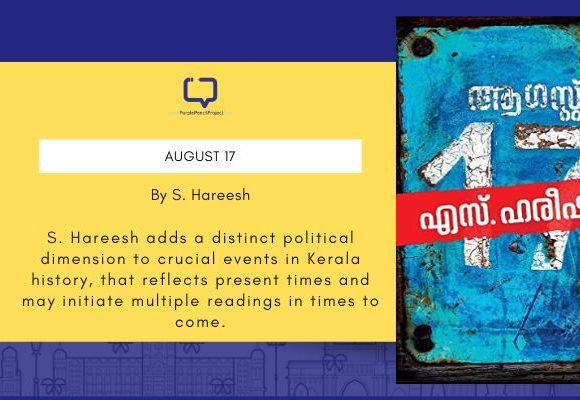 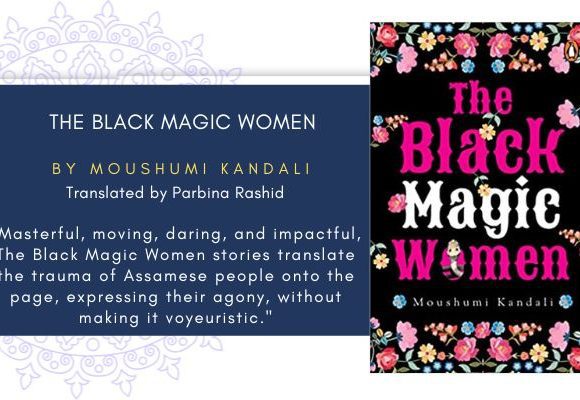 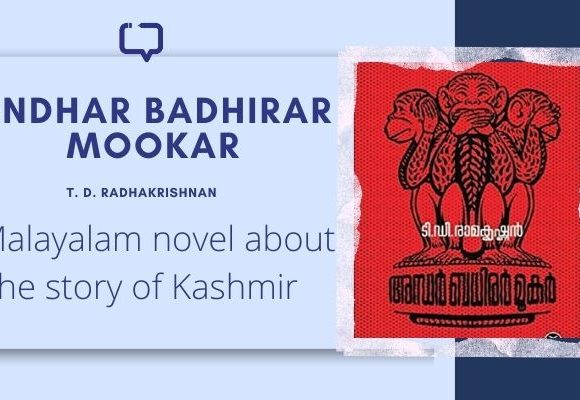 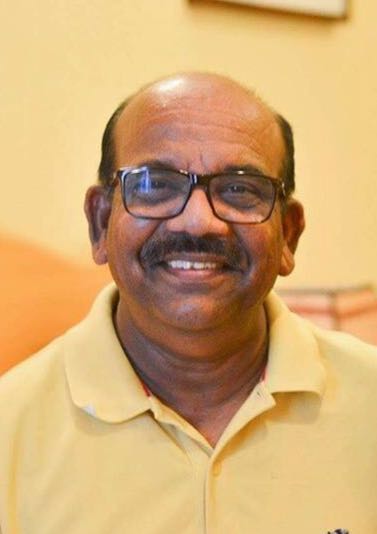 PJJ Antony is an author and critic based in Saudi Arabia.

Translated from English to Malayalam:
Devil's Advocate by Morris West
To Make The Deaf Hear by S Irfan Habib
History of God by Karen Armstrong