Booked: Your guide to literary.. 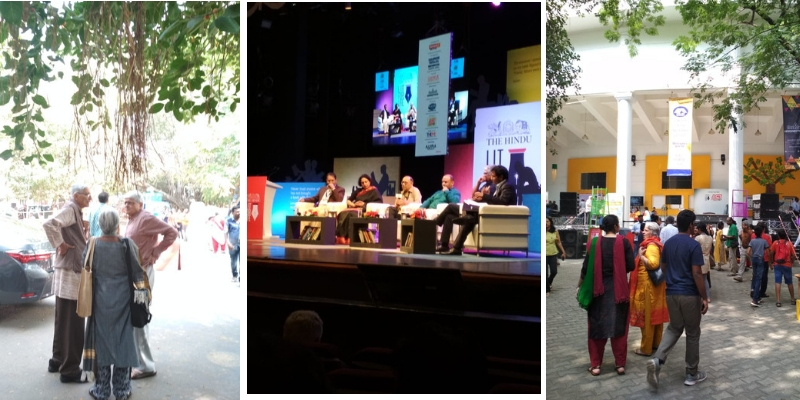 After two days of compelling sessions, meaty discussions, revered speakers, impromptu musical performances and interactive workshops, The Hindu Lit for Life Festival 2019 entered into the third and final day as Bhogi-smog engulfed the city in the morning due to the smoke emitted from the burning of old wares. Nevertheless, Sir Mutha Venkatasubba Rao Concert Hall in Chetpet was teeming with people, and the sun shone bright, bringing with it a celebratory cheer. The first session of the final day started with a discussion on Why Can’t India and Pakistan Be Friends? with former Pakistan diplomat and journalist, Husain Haqqani moderated by Suhasini Haider, the Diplomatic Affairs Editor of The Hindu. Haqqani started the session with his opinion that if people-to-people ties could indeed change the foreign policy standoff between the two countries of India and Pakistan, then we should make it happen. He also said that if we want to fight, we can find a dozen reasons but if we want to be friends, even one reason is enough, referring to the Kashmir issue. He ended the session with a wish, that he hoped India and Pakistan will have open borders one day making the borders irrelevant. This insightful session was followed by discussions on Growing up with Babasaheb Ambedkar: A lived experience with Sushama Deshpande, Urmila Pawar in conversation with Prema Revathi where the panelists spoke about Babasaheb’s thoughts, reservation in the private sector and women liberation.

After a brief break for tea, An Illustrated lecture on Decoding Our Genes by noted structural biologist of Indian origin and Nobel Prize winner Venki Ramakrishnan began in Sir Mutha Rao Concert Hall which was packed with eager audience of all ages. A full house for a lecture on genes that too on a busy Monday afternoon cleared the myth and proved that people are actually interested in science and don’t find it boring. He began the lecture explaining about DNA and went on to explain topics covered in his book “Gene Machine: The Race to Decipher the Secrets of the Ribosome”. “If we don’t know something we must start from the beginning,” he said, to loud cheering from the audience. .

After Science, came music. Singing Kabir Speaking Kabir: The making of a play with Shekhar Sen in conversation with Carnatic musician Aruna Sairam spoke of Sen’s childhood, his experiences with theatre and about the different narratives on Kabir. He sang a couplet from his play and added “people from Tamilnadu, Kerala or Karnataka should come out and portray the lives of saints from South India”, an issue which was the motif of LFL 2019.

After the lunch break, the crowd assembled for yet another cracker of a session on Crisis of Credibility: Fighting Fake News with Pratik Sinha, R Jagannathan, Sanjay Pinto, Sriram Lakshman and Suhasini Haidar in conversation with Harsh Sethi. Harsh began the session with his uneasiness regarding the term “fake news” and Sriram Lakshman cited The Washington Post’s data on President Trump’s false claims. He also suggested the need to define what fake news is. Sanjay Pinto promptly added that “Anonymity and credibility cannot go together” and that social media was a dangerous vehicle for fake news. Jagannathan expressed that we need to really worry about fake narratives as much as fake news. Issues like the sourcing of stories, the unregulated menace of social media, the need for fact checkers and for all media to collectively battle fake news were raised.

For the Remnants of Separation which replaced a schedule session on Rebel Sultans had the audience revisit the partition through Aanchal Malhotra’s research on objects about partition through material memory. “Objects are repositories of emotion and she had found that memory changes or memory alters as time changes but objects always remain the same throughout their lifetime. All things fall from grace, at some point,” she said.

The mention of a sword and its moving story during migration held the whole audience in a shock. The Q & A session was also really thought provoking and made us understand that there people on the other side of the land separated by a line, with nothing but that object to remind them of the rough times they have survived.

At the The Hindu Pavilion, there was a discussion on Literature as diasporic history: Pa Singaram’s Beyond the Seas with Kombai S Anwar and R Cheran in conversation with AR Venkatachalapathy, who introduced Singaram, his books “Kadaluku Appaal” and “Puyalile Oru Thoni” and his literary prowess, as well as announced the launch of the English translation of Singaram’s book.

Anwar shared in detail about the expedition of Rajendra Chola and emphasized that South East Asia was really a backyard for the Cholas and the Tamils. R Cheran added that the automobile industry and its subsequent revolution in the United States and the growth of Ford could have not been possible without the indentured Tamil laborers of Malaysia. The last and final session of The Hindu Lit for Life Fest 2019 was a lecture on Ten Reasons Why Gandhi Still Matters by eminent historian and author Ramachandra Guha, the cynosure of the entire crowd as they gave their own reasons for the Mahatma’s relavance. He jokingly said that he always offers a silent prayer to the the High Court of Mumbai whenever he crosses because it is where Gandhi failed as a lawyer and without which we couldn’t have got an exceptional leader. “Gandhi was capable of creating leaders out of his followers, a quality lacking in our modern leaders,” he said. After the completion of his lecture the entire crowd was on their feet to ask questions to the historian-author and he answered it with elegance and style and most importantly, facts. With this stellar lecture, The Hindu Lit for Life 2019 came to an end with readers lining up in the book signing venue to get the books signed by Guha.

As the volunteers packed everything on stage and the lights went off, we left with a stellar experience to take back with us. We will now wait for the schedule to hit the mail about The Hindu Lit For Life Festival 2020. 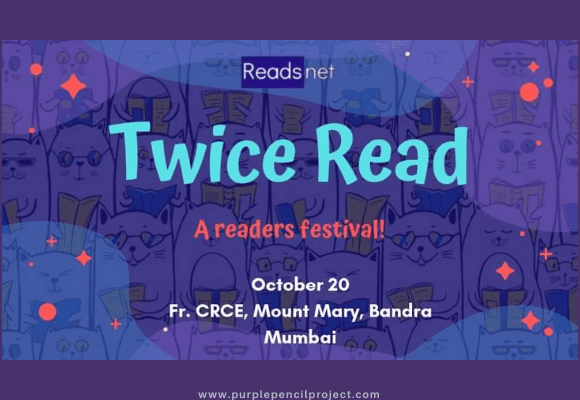