The Corridor Whispers by Sonal..

One’s Own, Yet Different by Me.. 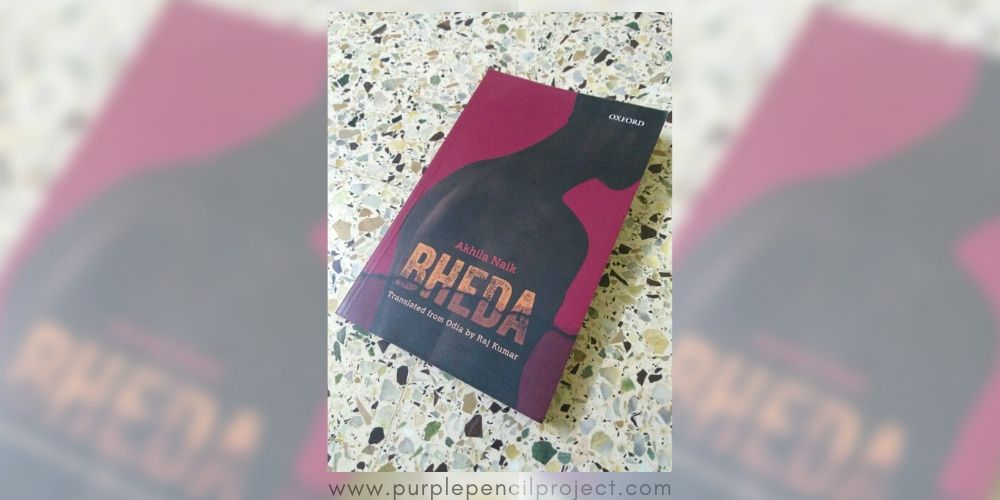 Translated from Odia by Raj Kumar

Akhila Naik’s 90-page Bheda published in 2010 is considered to be the first Odia Dalit novel, and is centred around caste violence.

‘Bheda’ means a sense of difference, one that’s deeply ingrained in our society; the caste hegemony that has led to economic exploitation, cultural subjugation, social discrimination and political powerlessness of Dalits in Odisha over decades.

Bheda is mostly set in villages in the Kalahandi region in Western Odisha, one of the most backward regions of the state. Political apathy over the years and heavy caste discrimination have pushed the region into an abyss where amelioration efforts can barely reach.

The author is from the Dom community, who are considered as ‘untouchables’.

They couldn’t use certain roads and wells and were not allowed to enter temples. They  lived in a place called Dompada, away from Bhalpada (places where Ballok or those from the so-called higher castes lived).

The stark differences he observed while growing up, the indelible scars of being subservient and despised find expression in this book.

Bheda is divided into seven chapters, each named after a character. These characters constitute a social microcosm, peeling layers steadily off a non-linear narrative.

Dinabandhu Duria, known as Dinamastre is the headmaster of Firozpur village Upper Primary school. Hailing from the Dom caste, he is the butt of jokes and most vulnerable to taunts and accusations despite being honest at work. But he never retorts fearing fierce backlash.

Baya or Banabihari Tripathy, a Brahmin lawyer, is the antagonist of the novella. Maddened by defeat, he is unable to have a stable career due to his temperament.

His father Sachikanth Tripathy was the village headman (gauntia) and this gave him unquestioned authority. He arranged a shaka meetings when Christian missionaries were on a conversion drive in Dompada of nearby villages. He urged Hindus to stand together and resist conversion in these meetings.

Laltu/ Lalatendu, Dinamastre’s son, the protagonist firmly believed education aside active engagement in politics was essential for emancipation of lower castes. With a reliable friend, Kartik Pota, he formed a jungle protection committee that confiscated trucks carrying illegal timber and filed complaints against the owners. His actions irked Baya and Semi Seth as it affected their nefarious activities.

Laltu never bowed down to subjugation by upper castes. He gave a quick blow to an upper caste boy when hit by him stirring up huge ruckus in his village. He also slapped a Block Development Officer for eating a hefty commission off a poor widow’s pension and earned a jail term for it. He was bailed out by a local newspaper (Hastakshep) correspondent, Santosh Panda eventually.

Mastrani, Dinamastre’s wife was the pacifier between the father and the son who are poles apart. A doting mother, she yearned to see Laltu lead a secure, problem free life and was perennially concerned about his safety, but silently appreciated the cause of greater good for which he relentlessly fought.

A corrupt businessman, Semi Seth’s refusal to pay the nominal daily wage fixed by the government to workers in his mill causes an indefinite strike. With Baya’s help, Seth wants  to end the strike and teach Laltu a befitting lesson for parading lower castes against him and other upper caste bosses.

Baya and Semi Seth together hatch a plot involving Beheda village headman’s son, Shankar. Shops and houses in the village Dompada are torched and people are mercilessly beaten up. Manu, a Dom from Beheda who runs a tailoring shop is badly affected in the ruckus.

Laltu takes stock of the situation, rushes to Bhawanipatna, Kalahandi’s district HQ to file a complaint against perpetrators of violence. He submits a detailed report of the riot to Santosh Panda, a newspaper correspondent believing this will bring justice to the affected.

Mastrani always mulled – “If someone hated to touch you would he want to see you prosper ? Can he? One who turns up his nose at you, will he listen to you how much ever you pleaded with him during your time of need?”

Will justice prevail? Will Laltu be able to bring the offenders to book?

Why should you read Bheda?

The translator, Raj Kumar who hails from the Kalahandi region states in this interview that upper caste writers like Gopinath Mohanty and Basant Kumar Satpathy have written about Dalits in their novels but portrayed them as victims – weak and helpless. Bheda is where the oppressed have a voice, where they don’t remain meek and subjugated but become leaders of change and resistance movement.

Insider – outsider dynamics in the region is elucidated with examples of the Baya lawyer and Semi Seth. Kalahandi is believed to have been entirely inhabited by tribals years back, even the king was a tribal until the region opened its doors to priests from UP and Brahmins trickled in. The village markets slowly began to see marwari businessmen. These upper classes gradually dominated by gaining control over matters of God and finance.

Even Gods are not spared the distinction as totemism is believed to be the native form of worship. Village deities like Thakurani, Budharaj, Bhima, Thutimaili, Jalkamni and Danteswaree being accessible to lower castes and Lord Jagannath and Mahadev, seen as gods of upper castes into whose temples Dalits could never enter.

The free flowing narrative, resplendent with local terms (explained in a glossary), brings events from different timelines and culminates in the undeniable reality.

It hurts to read that schools – the actual institutions of empowerment – sowed early seeds of discrimination. Ghasis and Doms were seated in a separate line from savarna kids during mid day meals, and lower caste kids had to go hungry when the upper caste kids demanded more servings. Doms could not touch the water pitcher in the classroom to quench their thirst. We understand the gravity of casteism through events the author narrates here,those that are neither exaggerated nor imaginary.

These realities remind us of an India that many city-dwellers choose to ignore, or turn a blind eye towards.

“Is God a piece of land or an ornament that we can say it isn’t yours but ours , or it isn’t ours but yours ? A god is a god for everybody.”

3.5 ?? ?– Make a purchase. Maybe an online purchase, or a kindle purchase. But buy it, encourage it. It is an important piece of literature that serves as an eye opener on one of the worst social ills that still plagues our society.

The Gypsy Goddess by Meena Kandasamy

Village landlords force peasants to break their backs in the paddy fields or suffer beatings as punishment. So it is little wonder that the communist party begins to gain traction, a small spark of defiance spreading from villager to villager. As communities across the region begin to take a stand against the landlords, the landlords vow to break them: party organizers suffer grisly deaths and the flow of marketplace food dries up. But intimidation only serves to make the villagers’ resistance burn more fiercely. Finally, the landlords descend on one village to set an example to the others.

Ant among elephants by Sujatha Gidla

Sujatha Gidla was born an untouchable. Her family, belonging to the Mala caste, was educated in Warangal and Madras by Canadian missionaries in the 1930s, making it possible for Gidla to attend elite schools and move to America at the age of twenty-six. It was only then that she saw how extraordinary – and yet how typical – her family history truly was. Determined to uncover that history, and understand the social and political forces that made it possible, she traveled back to India to record the testimonies of her mother, her uncles, and their friends. In Ants Among Elephants, she tells their story. A moving portrait of love, hardship, and struggle, Ants Among Elephants is also that rare thing: a personal history of modern India told from the bottom up.

The first Dalit autobiography to be published, Baluta caused a sensation when it first appeared, in Marathi, in 1978. It quickly acquired the status of a classic of modern Indian literature and was also a bestseller in Hindi and other major languages. This is the first time that it has been translated into English. Set in Mumbai and rural Maharashtra of the 1940s and ’50s, it describes in shocking detail the practice of untouchability and caste violence. But it also speaks of the pride and courage of the Dalit community that often fought back for dignity. Most unusually, Baluta is also a frank account of the author’s own failings and contradictions—his passions, prejudices and betrayals—as also those of some leading lights of the Dalit movement.

The Joshua Project, where you can read more about the Doms, and other minority communities.