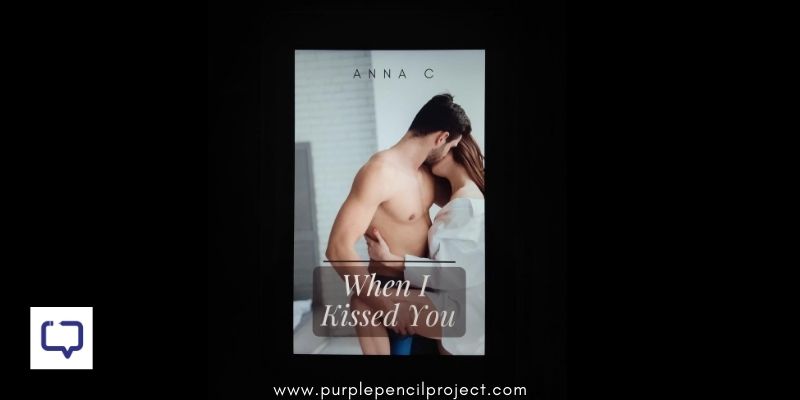 Cuffing season came early in the middle of the pandemic and, after having binged over seven K-Dramas in less than two months, I missed the written word but was not quite ready to let go of the romantic genre. So I was excited to start reading When I Kissed You by Anna C.

The story is simple; 25-year-old virgin Akanksha moves from Bangalore to Pune on a journey familiar to every brown girl – she needs space from an overprotective family, needs to explore love and sex and find a way to grow up. Here she meets Neel, her brother’s hot best friend whom she has had a crush on since school. Sparks fly, romance ensues, hurdles come, hurdles go.

Kindle showed me it’s a two hour-thirty-minute-read. Was it worth missing two K-Drama episodes for? Let’s find out.

Because light-read romance is a very specific type of literature, I find the need to lay context. I don’t come from the school of “romance is not real literature”. One summer, a decade ago, I read 30 Mills&Boons in one stretch (after a point they all start to sound the same).

I like cliche, I love happy endings, I love love stories, especially if I can relate to the characters and the situations they get into.

In When I Kissed You, when Akanksha and Neel meet at a party, in an atmosphere of cigarettes and drinks and loud music, one is transported to a similar party (whether present or past, depending on your age), and a smile just appears on your face.

When Akanksha is confused about how to behave with her roommates, or desperate to lose her virginity because otherwise she will be married off too soon, you instantly think of that person in your life (or yourself), and the struggles that come with starting an independent life.

When I Kissed You, tries to explore many things beyond the romance and the sex; a sexual harassment case at a company, the intricacies of dating your best’s friend sister (or your brother’s best friend), the confusion of first love.

Cognizant of the fact that a book like When I Kissed You is not expected to have great literary flair, it is still a poorly written book.

For starters, while we are reading both Neel and Akanksha’s narrative, besides Neel’s over-use of cuss words, and the difference in how they experience sex, there is little difference in voice and tone for each character.

This book has a lot of sex, which would have been awesome, because it is afterall a passionate love story, but the only glitch – most of the sex scenes are described using the same words, with the same rhyhtms and actions (pun untintended).

A wider use of vocabulary, and some permutations and combinations of how the scenes progressed would have made it less monotonous. He’s is alway inhaling her perfume, or pulling her in his arms, or pumping her. In a book that covers a mere six months, there was scope for more.

A lot of the language also feels either performative or pretentious; “the mad who had seduced me and made me weak in the knees” or “smelled fresh, like freshly cut grass and summer skies, and a hint of lemon.”

And lastly, the lack of descriptive words when talking about anything but sex; “she was wearing a blue shirt sort of thing” or “he was wearing a vest type thing”. This is just lousy writing, and editing.

There are many better romances out there than this one. Even a good old-fashioned Mills & Boon would be better (although this was is definitely more responsible in its social commentary).

I cannot recommend alternative reads (but I would insist you watch Something in the Rain), but if anyone has suggestions on good romances (preferrably in Indian Literature), I would be happy to hear the suggestions.

Our Scale: ?? – Borrow it, use it as a travel companion.  Or don’t. You won’t miss anything great.