Do Androids Dream of Electric ..

Tales from the Border by Black.. 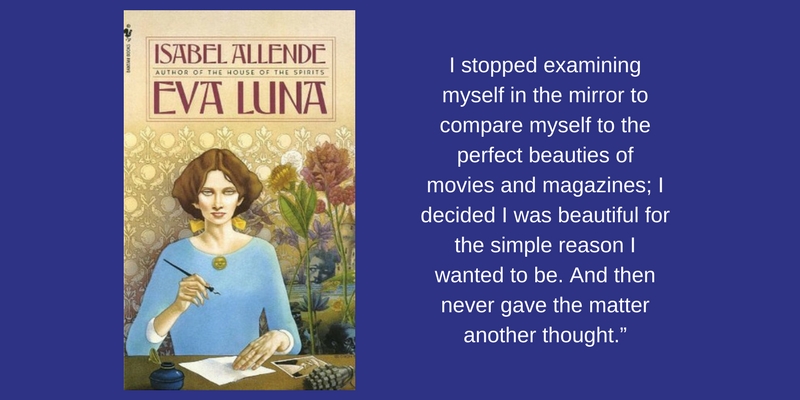 Writers and authors, storytellers and what Neil Gaiman calls, ‘those trade in fictions’, I believe, have a hidden agenda to glorify, not unjustly, our own kind. We love to write and we love to read but above both, we love to write extensively about books, libraries, voracious readers and brilliant story-weavers. It is our way of telling the world how important it is, in the face of quicker, easier entertainments like audio and video and VR.

Think about it, some of our most beloved characters are geniuses, readers, thinkers, people who are part dream and part reality. Bards are the favourite subjects of bards and if that reeks of narcissism, I hear no one complaining.

Eva Luna, by Chilean novelist Isabel Allende is the story of the titular protagonist, from the time her mother conceived her to the time she is in her 40s. Born to the help of a maverick doctor who mummified dead bodies and preserved them forever, Eva is orphaned when around eight and travels far and wide, finding one patrona after another to serve and learn from, till first Huberto Naranjo puts her in the care of La Senora and then the benevolent Riad Halabi stumbles upon her and takes her to Agua Santa where she would grow in some of the happiest of her times. Both the men become her lovers, Riad for one night and Huberto, years later, as he rises to the position of the Chief of the Guerillas and sees her on and off. These two stories are highly incestuous, where she considers Riad a father figure and Hubero, something like a brother. But as is with fiction well written, these only capture the complexity of human emotions and relationships.

Eva is not educated and is a descendent of the people of the wild – she receives no formal education until the schoolteacher in Agua Santa Ines teaches her to read and write, but grows up on a rich diet of the stories her mother makes up to entertain her is an otherwise solitary world. Thus Eva grows to love the realms of fiction and grows up to be a brilliant storyteller, weaving characters both real and fictional to enchant her public. This ability makes her an excellent companion to have and people are often drawn to her magic words.

Not until years later, when she goes to stay with the transsexual character of Mimi, does she get paid for it, but even before that, she wins the hearts of many a people.

As the Latin-American country (part Chile, part Venezuela) faces one political crisis after another, Eva goes from the streets to a home and back to the trying times and eventually rises up, with the help of Mimi, in the social calendar. She loses a lot of people in her life – her madrina, her abuela and welcomes some others.

The story is an expansive, gruesome depiction of the times Eva lived in and has seen pass, but somehow she escapes from the worst, while personally coming in contact with a lot of the important events of her country a la Forrest Gump. She is destined to be lucky and at many points, this seems unrealistic.

While it is titled Eva Luna, Allende also writes a the narrative for Rolf Carle, who is a German immigrant to the country and builds a credible, quick story of Consuela.

Allende tries to portray a strong, empowered woman and largely succeeds. The point that education and the ability to read and write is the first step towards this empowerment also, she drives home well. But as Eva moves from one shelter to another, as both men and women shelter her at every phase, you begin to wonder if there is anything she can do by herself. And by the time Mimi takes her under her care, you cannot but wonder that Eva is incredibly lucky and it is something beyond stories that takes her towards her happy ending. Which is why, when she independently helps Naranjo free his comrades from the State Prison, do you feel mildly free. In that sense, she contrasts with her mother – ‘who was growing up scorched in the sun, poorly nourished on yucca and fish, infested with parasites, bitten by mosquitoes…free as a bird.’  Eva always seems to be searching for a freedom but finds herself always bound and led by someone or another.

The story also deftly depicts the changing circumstances for women – so while Consuela, madrina, abuela and Rolf’s mother Frau Carle were all victims of a harsh life, of an unwanted pregnancy or of marital abuse, and Eva was lucky to have found better benefactors and lovers, it is Mimi, born as Melesio the male, who reclaims fully and completely her womanhood and succeeds on her own terms, losing quite a bit no doubt, but mastering the control of her own femininity. Allende suggests that true liberation for a woman comes from only within herself, as when Eva says, “I stopped examining myself in the mirror to compare myself to the perfect beauties of movies and magazines; I decided I was beautiful for the simple reason I wanted to be. And then never gave the matter another thought.”

This is an important quote because Eva happens to end up living with a telestar, a woman who looks perfect, even if that perfection is not entirely natural. She thus dismisses all notions of what it is to be a correct women and truly shows the transition from when Frau Carle danced for her husband in nothing but red stilletoes.

As for her Allende’s style, it tries, sometimes successfully and sometimes too hard, to build a bard’s halo around Luna’s head. The thing with making a ballpark statement like calling your character a master storyteller, is that the author has to write his story beautifully enough so as even without the actual stories the characters narrate, the claim seems legitimate.

Allende backs this with the anthology, ‘The Stories of Eva Luna,’ a brilliant, sensuous, wild collection of endearing stories, stories filled with humanity and warmth and a world within a world – the world of fiction in the face of harsh realities like war and revolutions, like rebellions and ambushes.

Reading Eva Luna is a joy, and then following it up with The Stories of Eva Luna is doubly satisfying, where familiar characters return to tell you the stories that Eva Luna was so famed for. Clarisa is a girl she meets at La Senora, Toad’s Mouth is a creative take on sexual play, The Gold of Tomas Vargas is based on her time at Agua Santa where Riad and Ines make appearances, and so on.

Read these two books together, or by any means read Eva Luna before you read her stories. It is a thrill to find characters you come to love (like Riad and Ines and Rolf) appear once again in fictions within fictions.

The only problem with her characters, in Eva Luna, is that they are all shown with noble intentions. When she refuses to go out with the President of the Country, she doesn’t fear a backlash because of the difference in power. That, from all the crazy things, is the craziest to believe. Such is the world we live in, goodness, and a respect for a ‘no’ seems outrageous, but having sex with a fatherly figure isn’t.

Allende is not the most celebrated Latin-American author, but in these two books, she, like so many others, speaks (sometimes a little too much) about why stories are very powerful. It’s interesting to note how Rolf, a reporter of facts and truths, comes together with Eva, the weaver of fictions. It reaffirms the belief that we as humans need our lies and our myths, we need are alternative realities and our dreams of happy times; this is what our spirit feeds off and this is what gives life its meaning, its happiness and its soul.

He didn’t earn enough to make him rich, but enough to nourish his dreams.

Recommended Age Group: Around 20 for budding writers. Eva, who is proclaimed as a natural talent must also work for every night for several years before making it big. For others, 25 is good.