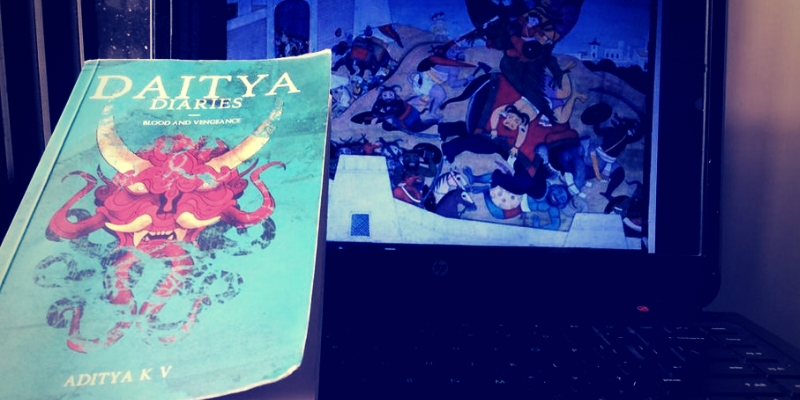 It’s the oldest trick in the book; taking mythology, using the central themes and characters and transporting them to real-life, to different times, to different battles. Mythological fiction, re-tellings, adaptations play a special role in literature at large, and over the last few years in the Indian literary canon. Daitya Diaries (written twice as Dairies, a grave error) is by and large a happy addition to this, picking the unconventional sect of the conventionally evil Asuras, and staging a Deva-Asura battle that spans centuries.

The Jufic Books-published novel, written by Aditya K V, is a saga, from the start of the Deva-Asura battle to a finale that brings balance to the good-evil conundrum. It travels the geography of world and others, in a fantastical journey of one-man in his quest to fulfill his destiny.

The story opens with our hero Vaira’s arrival in the town of Srisailam, a town where history began over a 1000 years ago and where are hero’s journey began, at another time in another lifetime. The prologue sets the tone for the whole story – the writing is clunky with long-winding sentences, the story is fast paced, the visuals and imagery are slightly generic, and the setting is a mix of contemporary and mythical ( a la how Ares makes an appearance in Wonder Woman).

From 2012 to 1986 to 1570 to 1227 and back, from the temples of Lord Mallikarjuna to the Soviet Union and Andaman and Nicobar Islands, to the gates of Hell and the mountains of Machu Pichu – our ensemble cast of characters – including Vaira, the Daityaguru Shukracharya, Chitragupta, Vasuki (the king off snakes), Ashwatthama and Yama (the lord of Death). The Bhairavas and Gadharvas and demon-kings and lord-kings all make a touch and go appearance, to weave a tale that is about bringing balance to the gates of death, which are being controlled by the Deva powers.

The premise is interesting, the elements to make a good story exist. World history, from Genghis Khan to the Mughals to Soviet Union spies to stray mentions of kingdoms and kings across time; there is a little of everything. But this is both the novel’s boon and bane. The 192-pages are not enough to weave the tale that is envisioned, and the clumsy writing don’t help. Words are repeated, the visual vocabulary is low so reading it means your mind is constantly on autocorrect, the situations and character reactions don’t always seem natural. What could have been a saga, turns to be a bit of a basic adventure book, interesting, but just about.

In trying to be fast-paced, it renders everything unimportant but the story and plot.

Final Verdict: 2.5/5. The vision is grand. But it needed the time and patience of the writer to nurture it.

Recommended for: Young readers interested in adventure stories. It’s a good book for the under-14 crowd. 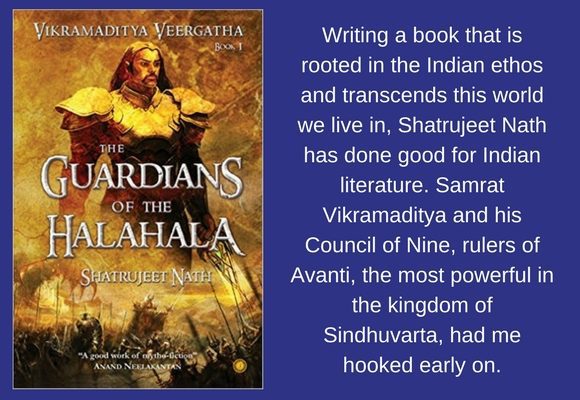