The Shadow of Darkness by Priyanka Baranwal

The Shadow of Darkness by Priyanka Baranwal 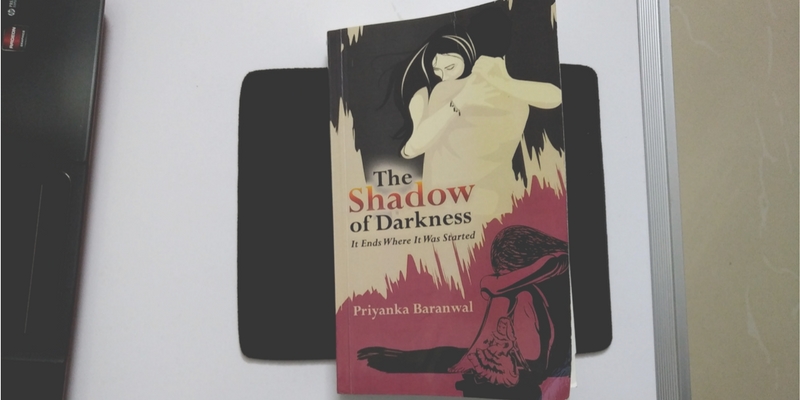 There is a lot that goes into getting a story in the form of a book. For someone looking to self-publish, after your first draft is ready, think about these things: book cover, a well-written dedication page, and index of contents with relevant, interesting chapter names, a back blurb that draws potential readers in, and a story that is sharply edited, if not for style and substance, then for grammar at the least.

The Shadow of Darkness falls short on all accounts. The back blurb drags on, and is a glimpse at the many grammatical errors to come. The cover itself is a dull black, red and off white, with one half depicting a couple in a hug, and another half of a scared little girl. Too literal, and unappealing. The index is goes something like this:

Really, what is the point of it?

The story itself could have been a refreshing attempt to look at what childhood trauma can do to a teenager. However, it turns into a cheesy progression of events for Sejal Kapoor and her family.

Sejal was five when she saw her mother Maya be attacked by two rapists, ‘Jackal’ and ‘Lion’, on the night of October 23rd, 13 years ago. Now, in her last year of graduation, she is still troubled by the nightmares of the ghost, and washed with the helplessness of seeing her mother cry in them. She refrains from sharing this with her parents for fear of opening up closed wounds. Her only confidante is her best friend Diya.

So far so good. What follows is a linear, shallow handling of the subject. Once her parents do find out about Sejal’s nightmares, they give her a speech about how sharing with your family is important. They treat her as an adult, and reveal some of their own fears and apprehensions from that night, and how they coped with it. Her father Rajat, and Diya’s parents, and Maya explain how they didn’t imagine that such a thing could linger for so long.

This is strange, because Maya soon explains that the therapist had told her that the memories would not fade away completely, even from a mind as young as Sejal’s. So how had they not checked up on their daughter?

Much happens after this discussion. Sejal finds a respite from her nightmares, and instead, begins a love-hate relationship with Kartik, Diya’s cousin brother. The two girls give their graduation exams, there are parties to attend, exams to give. All the while, there is a threat looming for Sejal and her family. Jackal and Lion, the attackers from those years ago, had a third member who is out for revenge. The book’s finale moment is another attack by him on the family. This time though, Sejal is old and acts quickly and puts up a fight. Rajat has already lost consciousness and Maya is tied up. When all hope seems lost, their friends come and rescue them.

It is not that there is no hope for a story of this sort. In two powerful scenes, Sejal bravely calls out sexual molesters in public spaces, and the kind of action we need to see more women take in real life. But, what this book needed badly was good editing. There is also a scene, between Sejal and Rajat, where she asks him how he felt after he found that his wife had been almost raped. It asks some good questions, and while one may or may not agree with the answers, this is a point of view that should be heard.

The book is devalued by sentences like these; “Now that the vacation had started, they were decided to use wisely.” Or this one – “She didn’t really feel like doing studies.” Articles are largely amiss. Proponents of the use of conversational English in books may be okay with this, I was not. I am not a grammar nazi, but I like sharp sentence, lucid writing. It is one of the reasons one reads; to be able to articulate one’s thoughts better. Not worse.

Irregular tenses need to be fixed. Secondary characters need some depth. All characters need a voice of their own. Mukta, a friend of Sejal’s, is the only one who has a distinctive personality. Kartik too, manages to carve a space for himself, even though he is a textbook stereotype. The notions of dating, romance, are still stuck somewhat in the past, although that is not something you may hold against the book. There is a lack of any specifics – Diya and Sejal are always studying for their exams, but their degree and course is not mentioned. People are involved in businesses, but no one knows, of what kind.

Overall, I was disappointed because this could have been a decent work of fiction, and not something that you slap your head for, every now and then, thinking, “What was the writer thinking?”

Once light wins the battle against darkness, it kills its allies too.

Recommended age group: 16 and above

Final verdict: ?? – Borrow it, use it as a travel companion.  Or don’t. You won’t miss anything great.

onWriting received the book from the author for review. If you wish to have your book on the website, please email sakhi@www.purplepencilproject.com 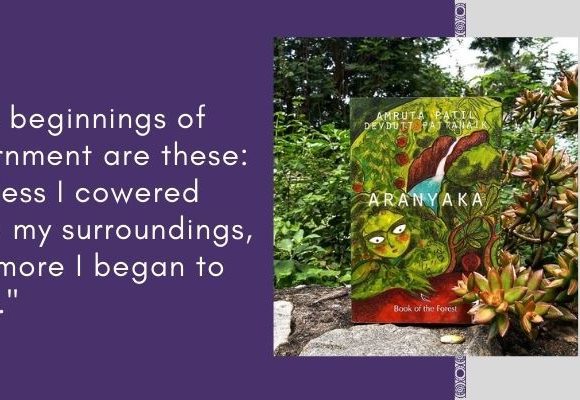 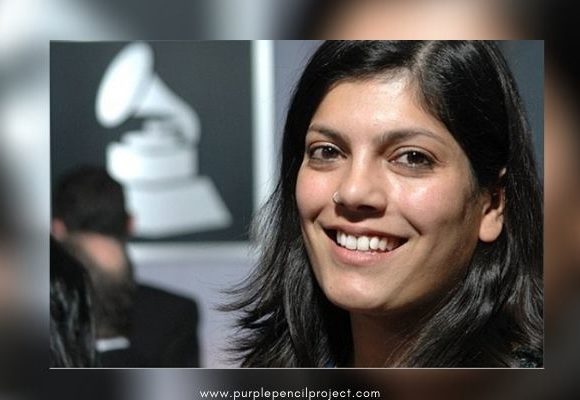 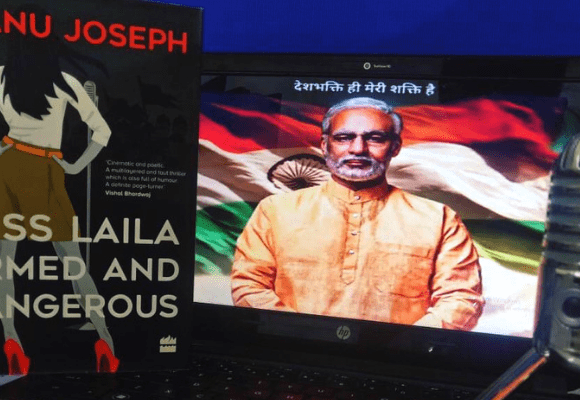 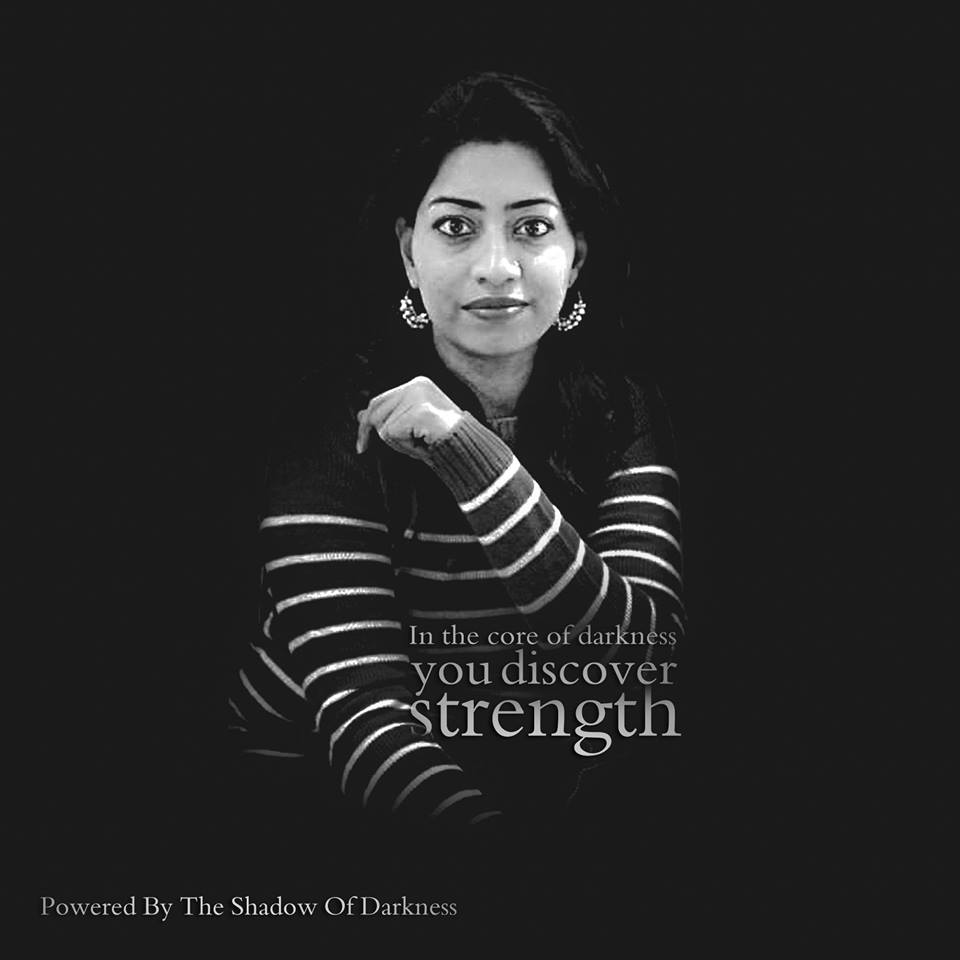 Priyanka is a Bangalore-based author of two books. She also runs a book club for children, Pick'A Book Club from her own home, which she started to instill a love of reading among kids.

Other Works:
It's Never Too late...to fight against your biggest enemy: Fear