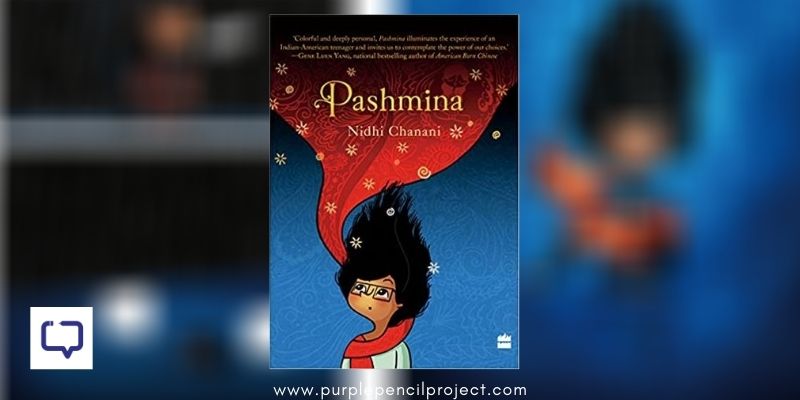 Cliches are true for a reason, and every diasporic variation of feeling disconnected from your roots after you have immigrated to another country is true, anecdotally speaking. Which is why Pashmina written by Nidhi Chanani, a beautiful, simple story about Priyanka, who lives with her mother in the US, is a touching read that children and adults can both connect to.

Priyanka lives with her mother in the US, and the two, along with Uncle Jatin and his wife, her school friend Eddie, and her mother’s sister make up the main star cast. Priyanka, often teased at school for her thrift clothes, constantly questions her mother about her father, and her mom evades the questions. She knows little about her Indian life.

One day, she finds a pashmina shawl (think Mirror of Erised meets the Invisiblity Cloak meets Tom Riddle’s Diary) in a forgotten bag, which transports her to another story and place – she meets an elephant and a peacock, and literally tours India – it’s heritage sites like Taj Mahal – and learns a little of the land she should call her own.

This sets in motion a process where she gets to actually travel to India, sees the reality that her visions had hidden from her, lives with her aunt, and find a missing piece of the puzzle of her mother (and father’s) life.

In the end, mother and daughter develop a deeper bond after the share a piece of their past with each other.

Priyanka’s life starts off as dull, so I see why Nidhi chose to go with black and white for the majority of the book. Her space-time visions enabled by the pashmina shawl are colourful (and thus, distinct), although typical – using an elephant and a peacock as the messengers is a bit unnecessary. Some other things, like a ‘Bollymix’ playlist on Priyanka’s music player, also seem uncharacteristic and mere symbolism.

The backstory of the how the pashmina shawl came to be was also flimsy compared to the layers in the rest of the story, but this did not take away from the experience.

Pashmina is the first illustrated book I read on the Kindle, and the experience while not pleasant, was not wholly bothersome. The zooming in and out can get cumberson, but it’s not a long book so that was okay.

Indian-residents may find the portayal of India, whether the glossy visions or the reality, to be a little two-dimensional, but the other plot points – Priyanka’s insecurity as Uncle Jatin welcomes his own daughter, her gradual distancing from her friends and family, and the role of the pashmina in empowering women across generations are all delicious snippets you lap up.

Children between 8 and 11 will love it (or younger, if they are at higher reading levels). 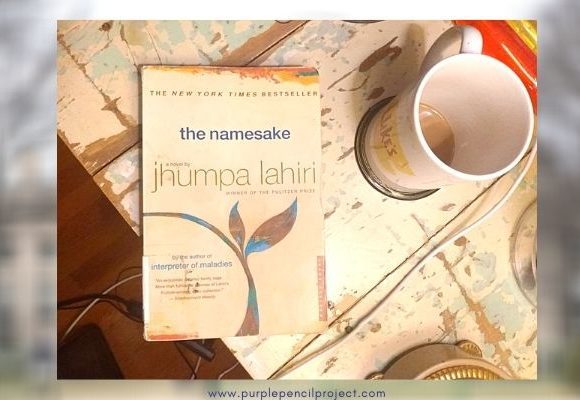 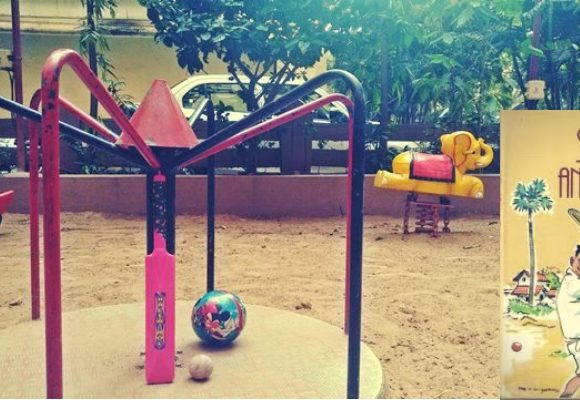