On reading history: City of My.. 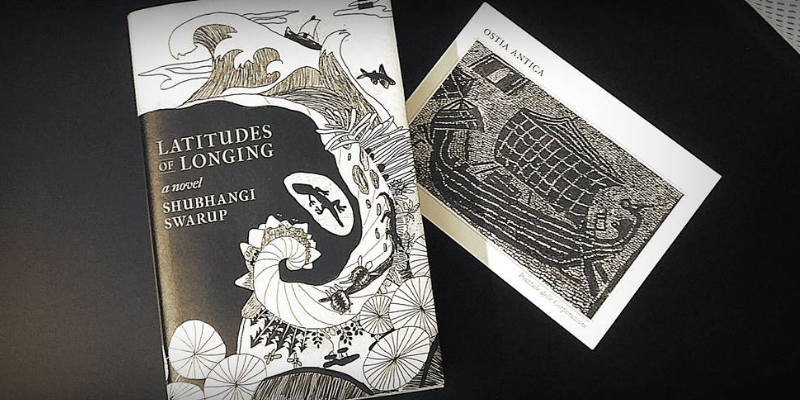 First, there was the beginning of the universe, with two atoms and emptiness. Then, there was the ocean, and a simple dream by a grain of sand created land as we know it. Perhaps in the future there will be emptiness again, and the universe will end, or be born anew, with two lovers walking into the sunset. And such a time is not unidirectional. Tomorrow and yesterday of human time overlap with millions and billions of years of earth-time, so that the stories we hear are the tales weaved by oceans, with mountains, volcanoes, rivers, seas, humans, animals, plants all playing an equally important part. For they are all one.

Shubhangi Swarup’s debut novel, Latitudes of Longing shortlisted for the JCB Prize for Literature 2018, is pivoted on this idea of oneness, represented by Pangea, the unbroken supercontinent, connected through geological fault lines. Divided in four parts, which are four such locations, it is the life of the universe that passes through each of its character. In Islands, you meet Girija Prasad Varma (or Jules Varma, as his colleagues call him), the man who studies trees, his wife Chanda Devi who can talk to all of life which exists or has existed before, Mary their housekeeper, Devi, their child, and Andaman Islands, their home, tropical trees, snails, centipedes, snakes, corals, sharks, lands and the ghosts of the past- all with a mind of their own but all connected by something bigger, something across time and space.

As you proceed, you see how the lives of all its characters are intertwined with each other, across geographies, courtesy the land’s own connection as part of a whole, a theme that defines this books.

Characters in the subsequent sections, titled Faultlines, Valley and Snow Desert, including Mary, her son Plato (who is introduced as reading Camus’s The Outsider), his friend Thapa, Girija Prasad’s grandson Rana, Apo and Ghazala, meditate on life, land and the history of both, one dependent on the other, and learning from the collective wisdom of them all – like interacting on an astral plane.

And in turn, the reader meditates upon these connections. The narrative, like time, is a loop, beginning with the young couple Girija Prasad Varma and Chanda Devi, their first time together in bed, their seemingly contradictory extremes of scientist and clairvoyant finding the middle ground  in the tropical islands and ending with octogenarian lovers Apo and Ghazala, their age-old wisdom at par with each other, waiting to be together for the last time, in harmony.

Myths and folklore, both real and constructed, pepper this read which threatens to get too slow in the middle, but dares to continue regardless, taking you from the Andaman Islands to Burma, Arunachal Pradesh, Calcutta and Kathmandu. You will be introduced to the sun’s journey across time its romance with the moon, to Tashi Yeshe the spirit that has roamed the lands in different forms (like Tasurinchi from Mario Vargo Llosa’s The Storyteller), to the Mourning Turtle, to the romance of rivers and nomads and to the embrace of two trees.

The stories, like Apo’s, “are filled with a longing so intense, they know no beginning or end”.

Swarup mixes lore and colloquial beliefs seamlessly into in her writing, describing “when the harsh sun and raindrops pour down like coloured sand” as the “hour of the wedding”, what I know as ‘the hour of the marriage of the ghosts”, which, given the islands other inhabitants, is more fitting. Her prose is meditative, only feeling forced in a few instances. Such is its lyricism, that even the lines of the song ‘Bebo main Bebo’ from Kambakkht Ishq attain a poetic quality in the context. It is however, a magnum opus in scale, and what you get is a panoramic view of the world and all of time, of the landscapes, people and other life forms, expanding upon what even several quantum physicists believe – that the universe is one.

You will climb Mount Harriet, Karakoram, Sagaing and Dapha Bum mountains, meet the Mishmis, Kachins, the Karens, the Burmese, the Kashmiris, the Drakpos, look upon the Irawaddy River, the Lion River, the Brahmaputra, the river Bagmati, the Sea of Tethys, the Kshirsagar, meet eels, jellyfish, starfish, sea lilies, turtles, dolphins, dugongs, geckos, gaur, leopad, flying squirrel, or the gibbon and several other forms of life. And you will become aware.

The book pieces “together an epic that sprawls across millennia, lands and lives from the shard of a conversation.”

There is a line in the book: “If the evolution of life was guided by survival, the movement of continents was guided by an imagination that no life form would be capable of comprehending.” But Swarup comes close, it seems, and so does the reader. It’s a leap of faith, to traverse this sometimes flawed journey that may get repetitive as it progresses, but it’s worth it. Because at the end of the last line, when you look up, you will not see construction debris and pollution or hear the cacophony of cars and humans, but the diffused white light of a world born again.

Read this book, for words are conducive to expanding both your consciousness and your imagination, a scientific truth.

Survivors of calamities bring calamities with them, for it dwells permanently within. The earthquake lives inside her, her memories are the epicenter.

Final Verdict: ???? – Go to a bookstore and buy it. Pay those extra bucks. Also because the book cover is beautiful, and because it is the kind of book you will re-read at least a few times in your life. If you cannot go to a bookstore, you can order it online, here. 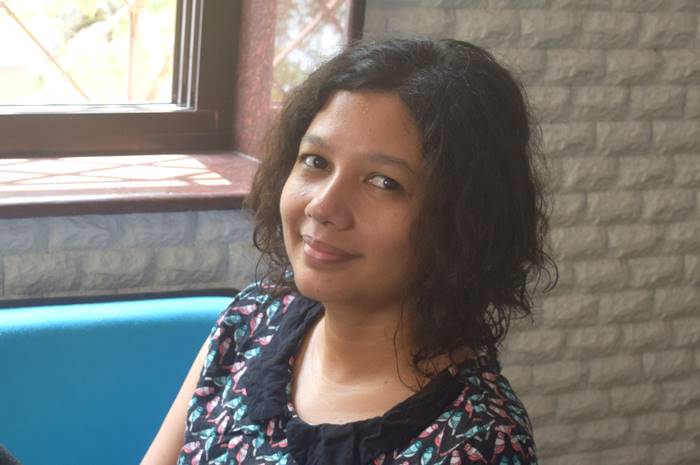