In Conversation With: Nilima Sinha

In Conversation With: Nilima Sinha 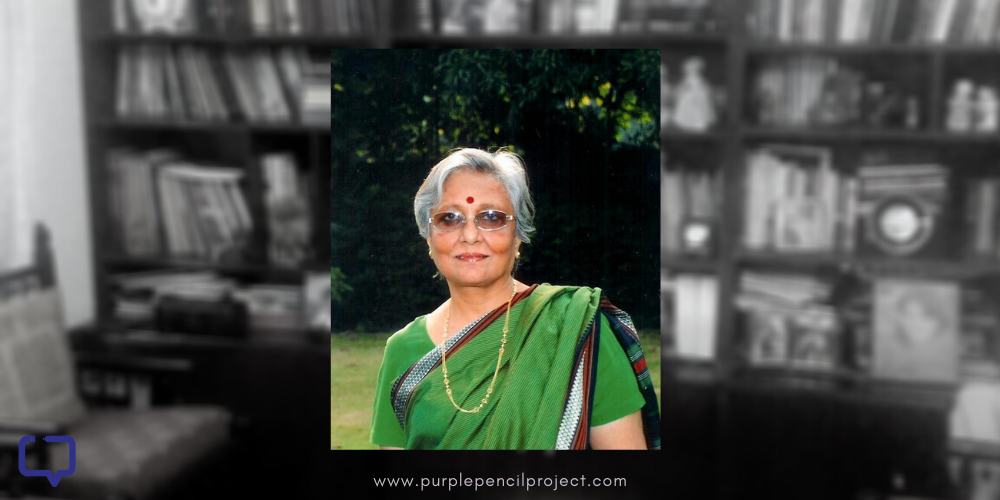 Nilima Sinha is a writer of children’s books with several prizes to her credit. She has been an active member of the Association of Writers and Illustrators for Children (AWIC).

About her book Red Blooms in the Forest: Leftist insurgency, known as the Naxalite movement, has gathered pace in heartland-India, affecting over a quarter of the least developed districts of the country and bringing violence an insecurity in its wake. Red Blooms in the Forest is a fictional representation of the conflict as seen through the eyes of the young protagonist, Champa, a strong and spirited teenager swept by circumstances into the thick of the violence

Could you walk us through your journey of being an author of such variety of books – from Children’s stories to Historical Fiction?

Nilima Sinha: As a child I was very fond of reading and, beginning with Enid Blyton adventure stories, I read a variety of books, from children’s books to old and modern classics. I even read plays by Shakespeare and George Bernard Shaw on my own, just because they happened to be in my father’s library. I had my favorites, like Gone With the Wind and Pride and Prejudice, but I enjoyed a variety of literature, from humour, as in books by PG Wodehouse and Richmal Crompton, to crime as in Sherlock Holmes and Agatha Christie.

It was natural that my writing would also consist of a variety of subjects. My essays often used to be read out in class by my teachers. However, I wrote my first book only years later, when my children had grown older and I had more time to do so.

My first book was in Hindi, for I felt that Hindi-speaking kids, too, should be able to enjoy the mystery adventure books that young readers of English had access to. My Hindi mystery novel was accepted by a publisher, but was unfortunately never published, for some reason.

Then I heard about the national level competitions organized by Shri Shankar of the Children’s Book Trust.

To my great delight, it won the First Prize. This encouraged me. I followed with three more books in the same series as the first, all set in Bihar–Jharkhand. For me it was an exotic setting, for I had grown up far away in Delhi.  Another adventure novel followed, this time set in beautiful Kashmir. All four books were published by CBT.

I wrote my next book in English, Chandipur Jewels, a mystery adventure novel set in Bihar, where we lived then as my husband was posted there.

In fact, the national level competitions organized by CBT helped me grow as a writer – of various categories. My picture book, The Yellow Butterfly also won First Prize. So did short stories, plays and long fiction.

Another CBT book, Adventure Before Midnight, was about the Quit India movement and the coming of Independence. It was selected for the International White Raven List for libraries. This led to my interest in historical fiction.

I now wrote for other publishers, some in collaboration with my friends, based on our struggle for Freedom. Most popular in this category was a collection of stories titled Together We Marched, published by the Publications Division. The stories were about the ordinary people, beside the leaders, who had participated in the movement, beginning from the 1857 rebellion of the soldiers to the gaining of Freedom.

Another historical fiction I wrote, an adventure set in late 18th century, Search for the Sacred Gem, was published by Ponytale Books.

In Hindi I have written a mystery adventure, Hamirpur ke Khandahar for CBT, which later became a Supplementary Reader for Class 6 in government schools in Delhi.

It became very popular and I still get letters from children who have now grown up and want to read the book again. Several other publishers, like Ratnasagar, have published my Hindi stories.

I have written all kinds of books – from picture books for the youngest age group to books for the middle-grade child to books for ‘young adults,’ besides several short stories, plays, and so on. I also write for adults. Besides Red Blooms in the Forest published by Niyogi, I am working on another adult novel, The Sky Belongs to All, for which I hope to find a publisher soon.

What were the few challenges that you had to face from the stylistic perspective since the time you started writing and now when you write.

Nilima Sinha: Earlier, the language used for children’s books used to be simple and followed all the rules for good grammar. Today, more liberties are being taken with the language.

Words once considered taboo, such as slang or a mix of Hindi or those from another language, are allowed to creep in to make the dialogue more natural. This may reflect the language of today’s children, but cannot be considered to be good grammatically, and English language teachers should be expected to frown at it.

Also, many more subjects are being tackled today. Difficult or controversial problems, dealing with death and loss, divorce, sex etc., once a ‘no-no’ for children’s stories, are taken up today and maturely handled by authors. Stories with tragic endings are being written with sympathy and emotion, whereas happy endings were the rule earlier. After Harry Potter, several books have been written based on fantasy, set in an imaginary world.

You also write in Hindi. What do you think its status is, in Indian Literature domain?

Nilima Sinha: Hindi literature does not enjoy the same status as does English. There are many more publishers for English books. The books in English are colorful, well produced, well printed and can compete with books published internationally.

This is not the case in Hindi, unfortunately. The reason perhaps lies in the fact that prices have to be kept low, for those who read in Hindi have a lower buying power than the English speaking elite.

Which language do you prefer and why?

Nilima Sinha: I prefer to write in English, though my Hindi is not bad, either. This is because it is easier to find a publisher for English.

How has the rise in translation helped literature in Hindi

Nilima Sinha: Hindi literature has some great authors. I would like more Hindi books to be translated into English and other regional languages.

How has new media impacted it?

Nilima Sinha: Digital media could greatly impact Hindi literature because it would reach a much greater number of people who cannot afford to buy books. And also because people are becoming more and more dependent on the new media for entertainment.

In Red Blooms in the Forest, you deal with a real, painful socio-political reality of the naxalite movement through the eyes of a young girl – How was it to write such a complex narrative?

Nilima Sinha: I enjoyed writing the book, with all its complexities, because it reflected what I saw and felt while living in Jharkhand, close to a village that was visited by the ‘jungle folk’, as the villagers termed the Naxalites.

Were you afraid of your role and position as a writer in the current political reality of india?

Nilima Sinha: Living so close to them, I did feel nervous and afraid sometimes, specially when travelling to far flung villages. Once I drove past a village and learnt later that just about ten minutes ago, the Naxalites had attacked some people there.

As far as writing other books are concerned I have no reason to fear.

As a writer of Children’s stories, where do you get your inspiration from to keep it fresh, for children to associate themselves with your writings?

Nilima Sinha: I get my inspiration from watching children. I was a teacher in a school in Patna, and later, in Delhi. I learnt from my own children and later, grandchildren, also. I have closely observed children in villages as well as in big cities. They are my motivation as well as inspiration.

Apart from being an author, you are also an Editor and Translator – how do you straddle these roles?

Nilima Sinha: I am more into writing, but if needed I can edit or translate as well. As President of the Association of Writers and Illustrators for Children (AWIC), we invite stories from our members and try to get them published. Often I am called upon to help in the editing of these stories. I do translations rarely, only if required.

Which one do you enjoy the most?

Nilima Sinha: I enjoy writing the most, translating the least.

How do you view the recent spotlight on translations?

Nilima Sinha: It is good to translate books as it can then reach many more readers. However, it has to be done very carefully, so that the original flavor of the story is not lost.

Could you recommend a few good non-mainstream writers of Hindi for our readers?

Nilima Sinha: I could name some authors in Hindi. They are – Dr. Ira Saxena, Manorama Jafa, Manjari Shukla, Madhu Pant.

For readers looking to get a nuanced view of the Naxalite movement, what books would you recommend as a starter pack?

Nilima Sinha: Not many books on this subject have been written. Some are: 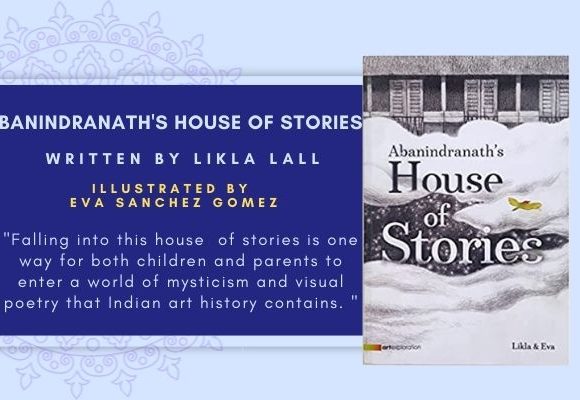 Abanindranath’s House of Stories: An art book that is both history and adventure