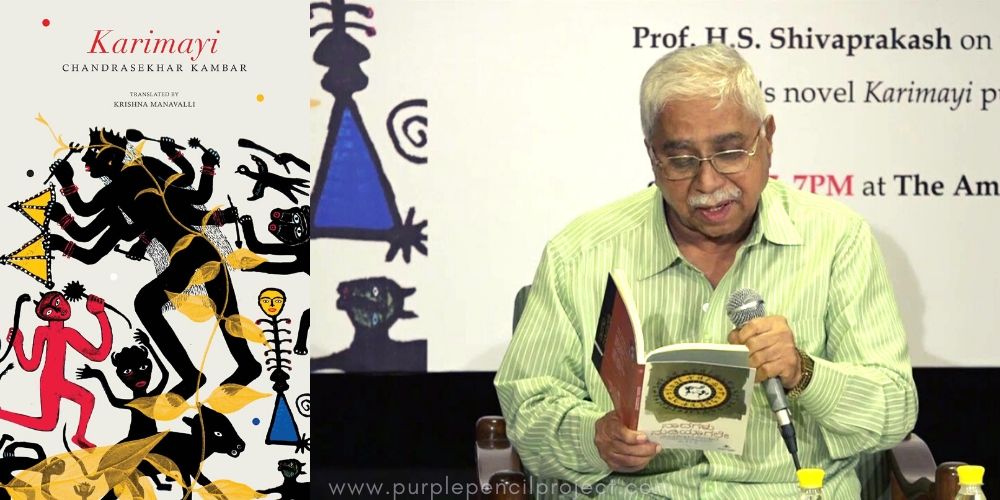 Karimayi by Chandrashekhar Kambar is a history of the tussle between literacy and modernity on one hand and the wisdom of experience and traditional beliefs on the other. It is a multi-layered narrative of intimate truths of lives, serving as a mythical episteme for the reader.

At the core of Karimayi is the Golden Faced goddess Karimayi. Her influence both literal and symbolic is endless in Shivapura village in pre-independent India which is at the threshold of a huge change resulting in the loss of omnipresent herself.

Karimayi Karevva was born from Lord Shiva’s sweat. On Earth, the gods and demons engaged in a fierce war slayed her husband, sage Jademuni and the child in her womb. The enraged and widowed Karimayi hunted them down in a mad spree, gobbled them up and later spit them out as bees. She was pacified only when Lord Shiva returned her husband and foetus alive. She turned her 21 children into cowrie shells and strung them in a chain around her neck protecting them from any further attack.

It is for this mother Karimayi, the benevolent one, that Adigowda built a small temple in Shivapura, right at its entry point. He made the goddess a golden face she wore on special days. The ‘widow’ full moon and ‘wife’ full moon nights connected with the above legend are observed with keen devotion and elaborate rituals by the villagers.

With Karimayi’s temple facing the east, the village of Shivapura grew along its back as if shielded by the goddess herself. A main street ended in the village square and narrow lanes forked off in all directions.

Karimayi is a political drama that explores the intimate relationship between religion and humans. Shivapura, inhabited by a multitude of characters who are deeply flawed yet extremely real, enjoys peaceful and just times under Paragowda (Gowda), the respectable and charming headman, and Dattappa, the only Brahmin in the village, a brother-figure to Gowda who helps him in matters of village administration by referring to the book Chintamani.

“The wicked Age of Kali” begins with Gudsikara’s return to Shivapura from Belagavi, after completing his law degree. Because he is educated in ingrezi, Gowda declares him sarpanch without an election, hoping his education will help him govern better.

Gudsikara with his four friends, Thief Sidrama, Rumps Ramesa, Jiggly Satira and Ayimere Minda (how they get their names is pretty hilarious) forms the panchayat, its meetings comprising drinking, gambling and constant undermining of Gowda’s influence on village affairs.

Under this new panchayat, things fall into disarray quickly and the clash between Gowda and Gudsikara is symbolic of the clash between differing value systems . On one hand is the religious and traditional duo of Gowda-Dattappa, and on the other is Gudsikara, a self-proclaimed Gandhian.

For instance, when Ningu, the village eunuch, is forced to marry. Unable to consummate his marriage, he shrivels in shame and kills his father and wife, who are having an extra-marital affair. Gowda and Dattappa understand Ningu’s predicament and work towards removing the evidence of the murders, since the victims were tainted souls.

Gudsikara, though, is stunned by the brazen violation of law and demands Ningu be handed over to police, promising to fight for him at court. Gowda and Datta smartly evade the court, leaving Gudsikara with a bruised ego.

Gudsikara romanticises Gandhian ideals and dreams of developing villages like cities, but his addiction to alcohol causes repugnance. When Nayalya, the Tabor instrument player loses his life because of foreign liquor sourced by Gudsikara, the villagers realise that Gudsikara is not only digging his own grave but one for the entire village.

Things snowball after Nayalya’s death. Holi in Shivapura is celebrated as a  wild game of lust with whores invited from neighboring villages. However, Gudsikara, in an effort of one upmanship, invites Sundari from Belagavi who comes along with Basavaraju.

Bedlam breaks loose with shrewd Basavaraju playing divide and rule between Gudsikara and Gowda. Gudsikara’s affair with Sundari is no hidden secret in the village but when she gets pregnant, a failed abortion attempt gets public and Sundari falsely implicates Gowda.

Gudsikara’s masculinity is hurt and his acts of personal vendetta leave a lot of blood of his men on his hands. No appeal for truce from Gowda saves Shivapura from being hurled into an abyss culminating in the loss of Karimayi’s golden face on Widow full moon night.

Will the mother reappear on the Wife full moon night answering fervent prayers of the villagers? Will the soul of Shivapura resurrect itself?

Kambar’s sense of identity with his region and people, his penchant for oral storytelling traditions like Yakshagana and Harikatha are evident in his writing style. He uses Shivapura, an imaginary village in North Karnataka, as the epicentre in three of his works, maintaining that he sees the whole world mirrored in this village. As for Karimayi, his ability to pan out on Shivapura and zoom in on each character with equal ease is praiseworthy.

Shivapura is painted as famous for its whores and the sexual effrontery. The portrayal of young women as lascivious objects that either fall prey to cunning men or spell doom for naive men gets tad distasteful by the end.

The central motif – clash between traditional and modern ideas can be also read as a clash between rural versus urban, and indigenious versus foreign. Kambar’s biased treatment of this clash seems myopic and debatable, extolling age old wisdoms and dismissing the young and modern as immoral and harbingers of trouble.

Redolent with couplets, and mythical and folklore elements, this rhapsodic drama (which is highly cinematic) is no cakewalk. Krishna Manavalli deserves applause for translation endeavor.

Shiva’s Drum by Speaking Tiger, deals with Shivapura losing its rhythm of life  to industrialisation 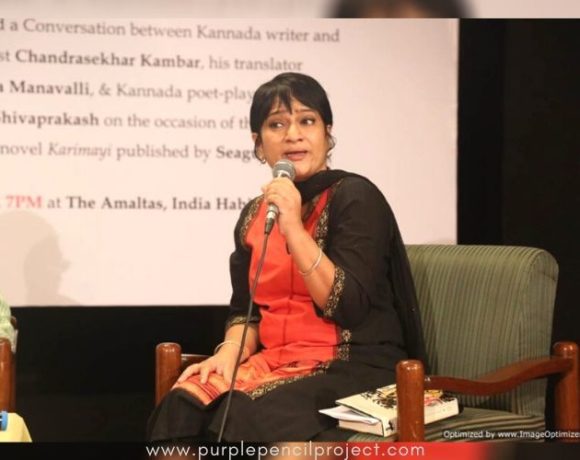 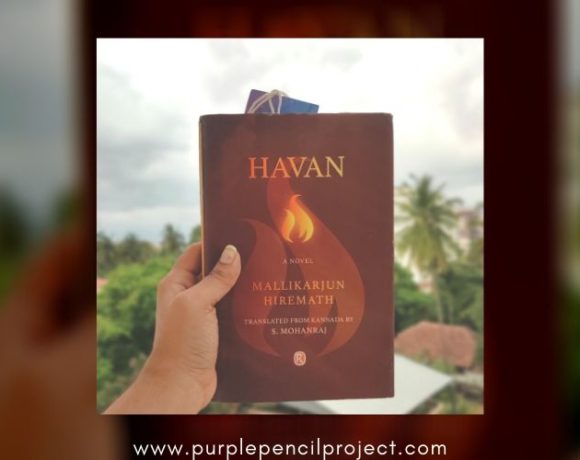 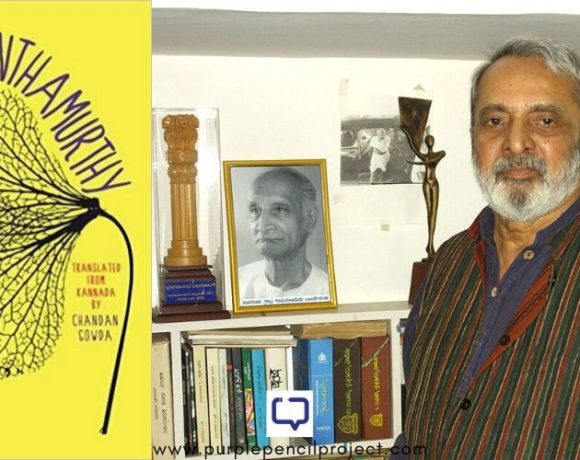