The Death Relic by Chris Kuzne..

The Catcher in the Rye by J.D. Salinger

The Catcher in the Rye by J.D. Salinger 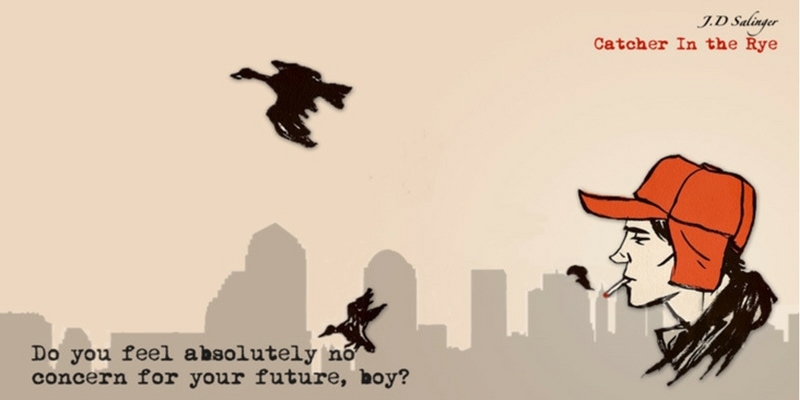 When you hear too much about a book, you know when everyone is calling it a classic; you think, “This is a goddamn phony book.” And when I started reading it, I thought to myself that this was just another story about just another guy and I’d spent precious dough on banal things about a stupid guy. If you want to know the truth, I never do that for any guy, even in real life. I just don’t. If I ever dated someone, I wouldn’t randomly gift him things all the time, unless he was someone I really, truly loved. Then too, I would be cautious with my dough. I am just cautious like that.

If you really want to hear about it, the first thing you probably want to know how the book is and what is the whole deal about Caulfield and why a book written in goddamn 1945, that’s just around the time the Big War ended and all, why a book written around 1945 matter so much today.

Holden Caulfield, that sonuvabitch can hardly teach me anything though. I always thought of being childish as a little lousy, if you want to know the truth. Caulfield is just the kind of guy I would never feel sexy for, in real life.

He gets kicked out of schools all the fucking time, he wanders around aimlessly, he’s a liar and I pretty much dislike guys who are liars. Caulfield though, that sonuvabitch does this one thing very well; hating things and people. He just doesn’t do anything the right way. So he gets kicked out of Pencey and then wanders around New York for three days, calling Old Sally and Old Carl up for company and then he finds that he has no real company, so he goes to his little sister Phoebe to horse around for a bit, and refill his dough. He loves her. He really does. He is a child, if you ask me, and he loves children. That’s about it. You can read what he does by yourself, I ain’t telling you anything. But you will really like Phoebe, she’s a grand kid, she really is.

Except that Old Caulfield and Old Salinger are ruthless. They make you hate, they really do. After I was done with this goddamn book, it’s a good book but it’s goddamn crazy as well.
Anyhow, after I got done with it, I started thinking about the things I hate. I just didn’t think about them, I started to think honestly about them. And not just them, about myself too.

If you know the truth, you probably know everyone lives under some illusion or something. One day you’ll be more famous, more significant, more beautiful and what not. But when you read a book like The Catcher in the Rye, you don’t deceive yourself anymore. I get a big bang out of things that show me a little bit of reality. I hate books that preach it. But I get a big bang out of books that show it, if you know what I mean.

So then, after I read the book, I thought of the girls who can walk in the rains without looking ugly, girls who are so pristine that not an inappropriate spec of water touches them, girls who wear shorts and travel in the locals and do not get stared at, girls who always have someone grand to date all the time. I just sort of started hating on everything. And after that, I didn’t care. I mean, at first I would have wanted to be that girl, but after this book, I just didn’t care.

And then I thought about how Old Salinger wrote. Buzzfeed and Donald Trump have the the world listening to them, because they talk like Salinger did. No, really. You should check it out. Repetitive wording, emphasis on one thing and all that, I am pretty sure they learnt from Old Salinger. It’s nice to read it, easy to read it. What I mean is, when you read things written like that, you remember it. I hate Trump though, I wish he wouldn’t use Old Salinger’s technique. And I wish everybody wasn’t listening to him as much as they are.

What I guess I am saying is, you should read this goddamn book, you really should. You might not feel like it, because you, like me have put it off for so long. But you should, it’s a grand book. It’s not lousy at all.

The Navy guy and I told each other we were glad to’ve met each other. Which always kills me. I’m always saying ‘Glad to’ve met you’ to somebody I’m not at all glad I met. If you want to stay alive, you have to say that stuff though.

Recommended Age Group: Anybody above 14 is welcome to read this

Final Verdict: ????? – Buy a hardback and show it off in your bookshelf! And then wait for a signed anniversary edition and buy that too.

*Feature Image Courtesy – State of being