Poetry: Woman And Her Muse by .. 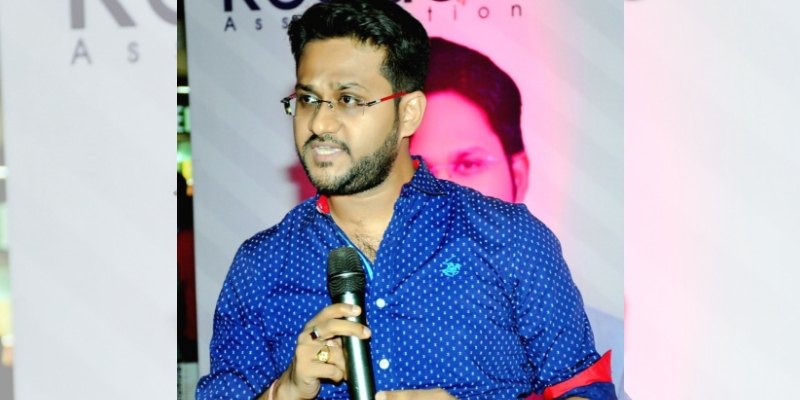 The Ethos Literary Festival 2018 is set to take place in Dum Dum, Kolkata from December 22-23. As part of our partnership with ELF, we are bringing you author interviews, session details and profiles of the speakers you are likely to bump into.

One of them is Abhirup Dhar, author of Once Again… With Love! and Stories are Magical,  both of which fall under the pop-romance and easy-to-read category. The Delhi-based author is working on his third book. Excerpts from an email interview:

Kiritiji introduced you as a big fan of the movies. Are you more of a reader or a movie-watcher? What prompted you write books, as opposed to, say, joining the movies?

Yes, it is true that I’m a big fan of the movies. Honestly, I’m more of a movie-watcher than reader but look at it this way; they both boil down to storytelling. These are different mediums to tell a story and I’m a big fan of good stories.

I’d have loved to join the movies given a chance. But I also think and I know this is true, that one derives more creative satisfaction from writing a book than say, a script. Having said that, I’d love it if someday, I get to witness my works being adapted into movies.

The MBA-turned-author seems to be a great combination in India. Several authors have that background. Why do you think this is such a trend? Is it easier to pursue writing, if you have a stable day-job?

Not just MBA, you have many engineers who delve into writing as well. I think again, it’s got to do more with perception especially, because many followed this trend post the Chetan Bhagat-wave in 2004. There are authors from so many backgrounds in the country now. Film personalities, directors, star kids, journalists, scriptwriters, media people, doctors, teachers or even regular students and also, book shop owners, homemakers and business people.

While it does become easier to pursue writing if you have a stable day-job like you put it, let me tell you in terms of other aspects, it definitely is tougher for us compared to full-time writers who have a lot more time to dedicate to writing and processes related to publishing, promoting and marketing, while of course, having avenues of income.

What prompted you to write these two books of yours?

I’ve been writing since I was a child and also reviewed movies for certain portals during college days, after I began working. There was this manuscript I had written during a break between MBA and my first job which I penned within a fortnight, just for the creative kick, and kept it to myself. A few years later when I shared it with a few close friends, I was told it was fun and struck a chord. That’s when I decided to get Once Again… With Love! published. My second book, Stories Are Magical was my little tribute to the charm of storytelling. I intend to continue telling various stories, the way I really want to. I have a strong imagination and am more of a visual writer.

You’ve written short stories across genres in Stories are Magical. Which is your favourite genre to read and write?

My favourite genre is horror. So, I enjoy love stories as well though I wouldn’t want to stick to writing one genre.

I had once met a book agency, who said that it is very difficult to sell short stories that are not of the same genre. How did you go about the publishing process for the same?

It’s true and really sad that most publishers aren’t keen on short stories. Even if they do, you are asked to have a common link or set the stories in the same city. There was a time when literary legends like Tagore, Ray, Premchand mostly wrote short stories. Such fine works; which are read and enjoyed till date. I’m thankful to Hawakal Publishers here for traditionally publishing Stories Are Magical. I was in touch with Kiriti Sengupta ever since one of his many books was out a few years ago and that’s how I submitted my manuscript to Bitan Chakraborty of Hawakal. Having been on talking terms to people from the writing community for quite a few years now, I do understand which publisher may want to back what kind of a work. It’s rare but good to see people believing in good stories.

Your session at ELF is going to be about real-life events making for good books. What do you think? Have real-life events have influenced your writing? What can the readers expect from the session?

Yes. I’ll be chairing a session at ELF 2018 and the topic is interesting. I do believe real-life events can make it to a good story when/if they are fictionalized well. It can be an engaging thriller based on say, the Sheena Bora murder case or even a love story, based on your own personal experience. In fact, it is said that every story or book you write has a little of you in it. If not autobiographical, it is semi-autobiographical or based on your observations at the very least.

Real-life events have influenced my writing. One of the stories in Stories Are Magical, Woof is about a dog’s take on life and relationships set against the backdrop of the Mumbai floods, 2005. Though I was not in the city then and lived there years later, I had done some research on it and got my imagination working while I wrote it.

Readers can expect a fun and engrossing session. I’ll be joined by Sankha Ghosh, Reetwika Banerjee and Deepayan Bhattacharjee who will be the speakers and while I chair the session, I’ll ensure that I’m rational and not biased towards my opinion.

Your debut book was a romantic story. Why do you think the genre works so well? Among contemporary writers of romance, who do you admire the most?

Any genre can work wonders if the story is written well. Talking about romantic and love stories, it’s more to do with your heart than the mind. That’s the reason most people like and enjoy it, relate more with the characters as they might have gone through the same experience. It’s like- “Hey! That’s me!”

Can 2 States be called romance though I thought there was more of drama between the two families? If yes, Chetan Bhagat, as the book which was based on his own marriage was a fun read. Let’s acknowledge the good part though he is trolled a lot.

However, my favourite romances are primarily tragedies. Sarat Chandra Chattopaddhay’s Devdasabout a self-destructive lover, the heart-breaking track of Pip and Estella in Charles Dicken’s Great Expectations are pure classics. Yes. I prefer the sad ending to the happy one in the latter, though I can’t seem to culminate my stories in a despairing way yet. 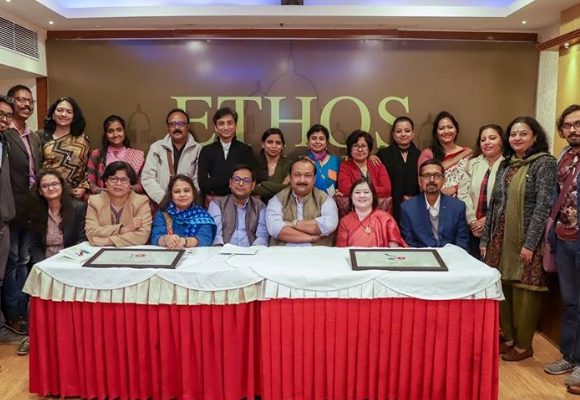 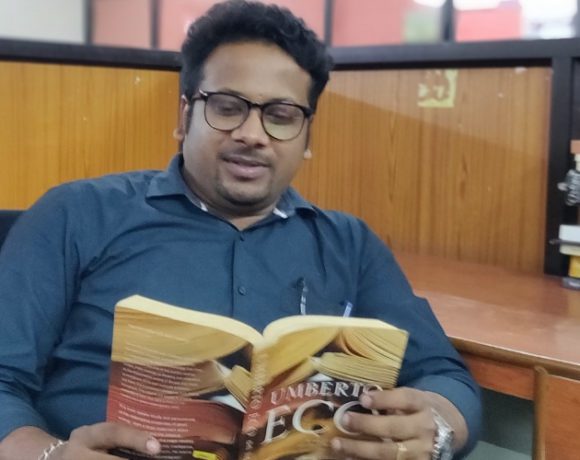 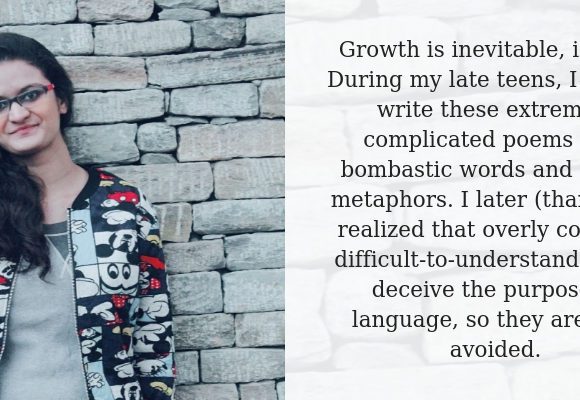 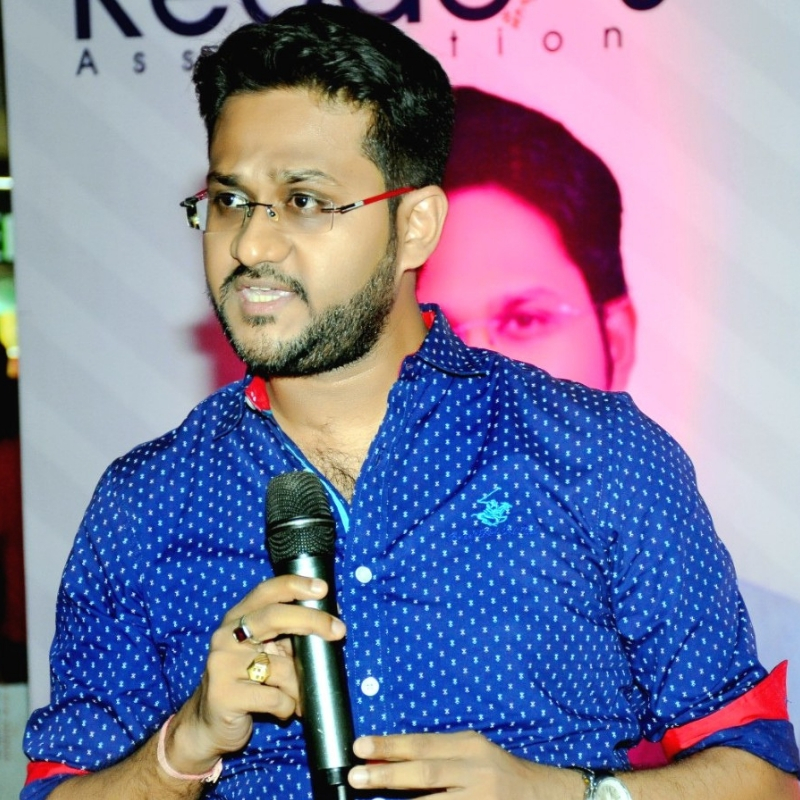