The Moor's Last Sigh by Salman..

One of my most cherished memories of childhood is when we used to have our school exams. Everybody, I think, can relate to the nervously hurried and harried revisions that preceded them and the jumbled-up feeling of confusion and anxiety that we all felt as those fateful days came close. And I can also say safely that everybody felt the same sense of blessed relief and exhilaration after the last paper when all the studies were eventually dispensed with and the vacations began, thus ushering, for all, a splendid interlude of fun and frolic with friends and family.

Out of the pages and into the past

Less than hundred pages into RK Narayan’s Swami And Friends, we, the fascinated and nostalgic readers are gently led by the author’s deft hands into that same scene that belongs so blissfully to our private reservoir of childhood memories. Swaminathan, the helplessly sincere and endearingly innocent protagonist of this lovely, lovely novel, has just finished answering his last examination and while he is relieved and exhausted at the same time, self-doubt and uncertainty niggle him as well.

Did he answer that last question to his satisfaction? Did he give the correct answer? RK Narayan, that heartfelt but adroit storyteller, answers these questions slyly and I leave it to the uninitiated to discover them on his or her own but first, the same reader will be entranced by not just how familiar and real the situation feels but how Narayan chronicles it with such winsome candour that it becomes a crucial part of the complete narrative.

That is, of course, the beauty of Swami And Friends, or rather even the beauty of the rest of his illustrious work, who is unarguably one of the greatest literary legends that our nation has produced, regardless of what snobs like Shashi Tharoor might have to say about his talents. They are, of course, missing the woods for the trees; the guileless simplicity of Narayan’s prose is a deceptive foil to the perfect clarity and profound depth of the themes that mark his work.

The many stories of men and women with their all too believably incongruities and surprising virtues in Malgudi Days or their quest for idealism in The Guide and Waiting For The Mahatma portrays mankind’s capacity for naïveté and innocence. It is, however, in the private milieu of closely guarded childhood and even in the knee-high glimpses of the world of adults around Swaminathan, that this innocence becomes truly vivid and transcendent.

For RK Narayan, the simplest of the gestures, actions, words and motives amount to the most significant plot movements and Swami And Friends, in its heartfelt portrait of the heady joy, infuriating confusion and inevitable disillusionment of childhood, is the best example of the writer expressing so much with so less.

We see Swaminathan in a narrative trajectory that boasts of no big events or reveals, of no broad strokes of storytelling. We follow him and his memorable friends; the overbearing Somu, studious Sankar, timid Samuel, cocky Mani and clean-cut Rajam, sketched in beautifully distinct touches and with unique but believable qualities, through the daily routine of lessons taught by eccentric teachers, games and adventures of boyhood in small-town India and their awkward and even hilarious interactions with adults who are either intentionally anonymous, in their stiff formality, or casually callous.

They don’t have much of a part to play in the life of these boys which the writer fills beautiful and perceptive details: a fanatic scripture teacher who raves and rants against Hinduism, a squabble between friends, studies and examinations, a cricket club that takes itself very seriously and that’s all.

But we also sense a slow disillusionment with the aimless idleness of these years that lies underneath the fun and frolic. And even as adults stay permanently on the periphery of the world of the children, Narayan lends a clear and credible voice to Swaminathan’s father, frustrated with pressures of work and not willing to shoulder the full burden of his domestic responsibility. There is also the memorable grandmother, with her own innocence of worldly affairs and even as these are flawed and imperfect in their own ways, the author never loses his compassion for any of them.

For most part, we see the world of adults, the town of Malgudi and the country of India itself at a crucial juncture of the independence movement, through the eyes of Swaminathan. He makes for a compellingly believable and real protagonist. In today’s generation of boy wizards and crime-fighters, he would not belong because he is like any other child, amused and thrilled by the same little desires and sensations, beset by the same self-doubt and diffidence that plagued us all in childhood.

We follow him on a trail of guileless decisions and how these result in incidents that make him look at the world around him with uncertainty and fear. Innocence loses out and it becomes even something dangerous when the simmering revolutionary backdrop of the 1930s walks in casually and naturally at one point in the plot. Thrilled and won over by the patriotic fervour of Mahatma Gandhi’s swadeshi movement, Swaminathan takes matters in his own unknowing hands and faces the unpleasant consequences.

When RK Narayan finished the book, his personal dissatisfaction with it was so great that he asked his Oxford student friend Kittu Purna to throw it in the Thames River on his way back to England. The latter read it, enjoyed it and recommended it, in a stroke of miracle, to none other than Graham Greene who then went out of his way to help publish and release internationally this, and Narayan’s subsequent books.

Like Greene, Narayan’s concerns were primarily with the human condition, of life with all its suspense and intrigue, miracles and disasters, despair and exultation and no better book than Swami And Friends encapsulates it in its purest form: the comfortably languid but poignantly lonely world of innocence at childhood against the complexities of adulthood.

Favourite Scene: Many scenes linger in my memory but this one, when Swami is asking in vain for a quick favour from the gods, is particularly stirring and gently amusing at the same time:

“The indifference of the gods infuriated him and brought tears to his eyes. He wanted to abuse the gods but was afraid to. Instead, he vented all his rage on the cardboard box and kicked it from place to place and stamped upon the leaves and sand. He paused and doubted if the gods would approve of even this. He was afraid that it might offend them. He might get on without money but it was dangerous to incur the wrath of gods; they might make him fail in his examinations or kill Father, Mother, Granny or the baby.”

Recommended For: It is a misconception that this charming novel is only for children or young readers. In fact, it would be even more endearing and appealing as you come of age and grow older because it allows you the luxury of reflecting on the innocence of your childhood days and every single scene and situation chronicled is completely relatable.

– Buy a hardback and show it off in your bookshelf! And then wait for a signed anniversary edition and buy that too.

Suggested Reading / Watching: On a completely different note, and since I have mentioned him along with Narayan, read Graham Greene’s short story The Basement Room and the brilliantly faithful cinematic adaptation The Fallen Idol, directed by Sir Carol Reed and written by Greene himself. It is a thriller, yes, but it also explores the vulnerability of childlike innocence on the face of the complexity of adult lives and loves. 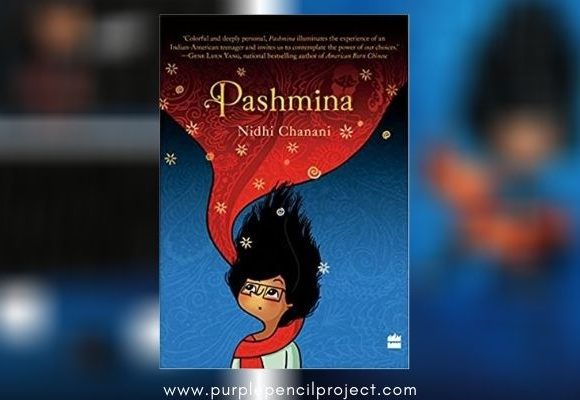 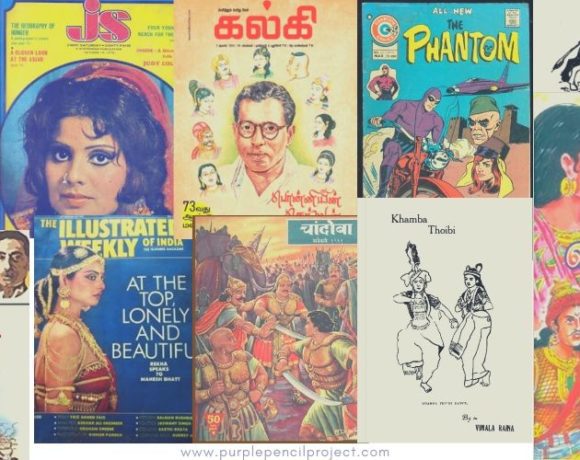